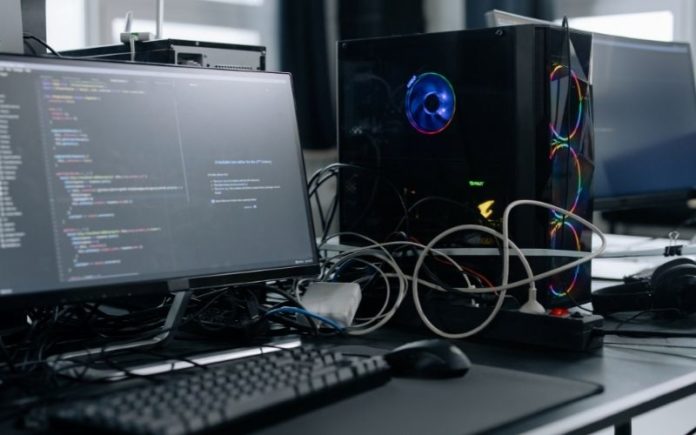 Overclocking is a method used to increase the performance of a computer component beyond factory defaults. This is a very common practice among more experienced users.

In general, people force the “clock speed” of parts, increasing the number of calculations the machine can perform per second. This can bring different benefits depending on the use of the computer in question.

For gamers, overclocking improves performance in games that don’t demand a lot of graphics and exploit artificial intelligence resources. Something common in real-time strategy games like Age of Empires IV and Civilization VI.

The method also has benefits for professionals who use image editing and 3D modeling software. However, PC performance can vary greatly from program to program.

For these reasons, overclocking is not a practice that can be used by all users or in any situation. It is recommended that this hardware acceleration be performed in certain situations and in a timely manner.

It ends up being a waste to apply the method on a PC that only performs basic everyday tasks, such as browsing the Internet or using the Office suite. As we will see later, this can also affect the lifespan of components.

Which components can be overclocked?

In addition to the processor, overclocking can be applied to other parts of the computer. Some of them bring really considerable results, while others do not influence the machine’s performance so much.

As said, the processor is the component that is overclocked the most. This practice has become so common that some manufacturers provide the option natively for users to exploit the full “power” of the chips.

Some models of AMD Ryzen series CPUs allow users to increase clock speed in search of better performance. However, other brands like Intel still try to “prevent” the practice.

However, this is a very complex scheme for people with little hardware experience. Even on CPUs that offer the option natively, it is recommended to have prior knowledge of the topic.

Video cards can also be overclocked and some desktop models don’t have any overclocking blocks. In general, gamers perform acceleration in order to obtain better graphics and faster loading of scenarios in PC games.

Although it is a simpler procedure than CPUs, there is specialized software that helps users to increase the power of the card. However, the performance improvement can vary greatly from GPU to GPU.

A graphics card from one brand can perform high with one user, but the same model may not be as efficient with someone else. Because of this, the inconsistency of results is almost a “silicon lottery”.

Yes, it is possible to overclock a computer’s RAM memory. However, the process has the same level of complexity as the CPU and the performance gain can vary widely.

Although the influence on most software is barely noticeable, the method shows excellent results with DDR4 memories. Already in old parts with DDR3 standard, there is no significant improvement in PC performance.

Unlike GPUs, which have faster RAM than DDR3 or DDR4 models, APUs work with slower RAM. So, acceleration brings a significant performance gain for different activities.

Overclocking can also be used to change the resolution and increase the refresh rate of a monitor. However, the results are usually quite modest.

A display may have a setting that “limits” the display of content with resolutions lower than 800 x 600 pixels and a refresh rate of 75 Hz. When using acceleration, the display can perform at 1080p native resolution using 75 Hz overclock.

Simple to apply, this form of overclocking can be done through the control panel of Nvidia or AMD GPUs. If the resolution or refresh rate doesn’t work as expected, just revert to the old setting.

As said, the results are more limited and compatible with the power of the screen. Don’t expect to make a 1080p display have 4K image quality, or an older 60Hz display to hit 144Hz refresh rate.

What are the benefits of overclocking?

The biggest advantage of overclocking is the performance gain in certain scenarios. Exploiting the potential of a CPU or RAM memory can help make the machine even more powerful to perform certain tasks.

The results of hardware acceleration of GPUs and displays may be satisfactory for some users. Mainly, people looking to improve PC gaming performance and experience.

In principle, the user can save money by extracting more power from an old and cheaper part, which can be advantageous for those who don’t really have the financial means to upgrade the machine.

What are the disadvantages of overclocking?

On the other hand, overclocking should be used very sparingly. This is because the method has several short, medium, and long-term disadvantages.

The process is energy-intensive, causing PC parts to get hotter. Therefore, a great cooling system or more powerful fans is essential to dissipate the internal heat of the case.

In addition, the high temperature can significantly shorten the life of overclocked parts. Such as, the method tends to cause instabilities in the system or in certain software during use.

As a result, the small overclocking savings can turn into a higher cost of replacing a chip or other component ahead of time. Thinking about an ideal scenario, only the most powerful – and most expensive – machines can actually perform the acceleration process in a “safe” way.

Did you manage to clear the doubts about what is overclocking? Don’t forget to share the article with more people who want to know more about this method!