What are Best Laptop Processors 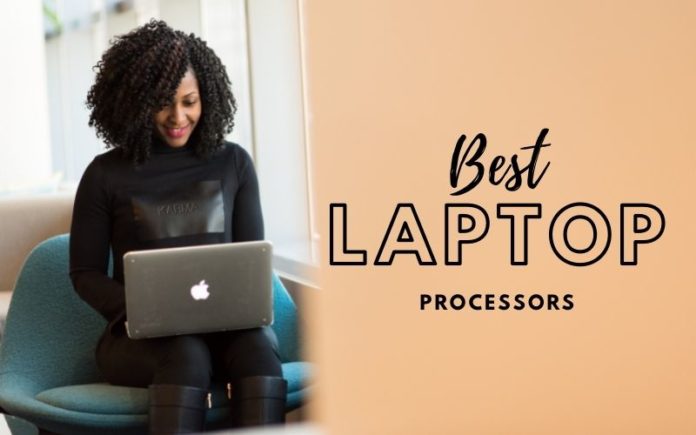 Every year, manufacturers update their laptop and desktop processor lines – and before buying a new device, it is important to choose the optimal chip, the power of which will meet your needs and provide comfortable work for the coming years. We studied the latest innovations among laptop processors and chose the best models with different performances.

We have divided the article into three parts. In the first one, we will show the most powerful processors for top-end laptops, in the second – we will talk about mid-high-end chips, and in the third – about energy-efficient processors for thin and long-playing ultrabooks.

Let’s start with the most powerful processors that are installed in the ultimate laptops for professional graphics, design, gaming, and content creation.

AMD’s ultimate solution, the Ryzen 9 6980HX processor, is a great choice for a performance and gaming laptop. It is equipped with eight cores with a clock frequency of 3.3 GHz (up to 5 GHz in overclocking), running in 16 threads. The chip is made according to the 6 nm process technology, so that energy efficiency does not suffer with an increase in performance. Its basic heat pack is already standard for modern powerful models of 45 watts.

At the beginning of 2022, there are no laptops on sale based on the most powerful AMD Ryzen 9 6980HX processor.

AMD Ryzen 9 6980HX supports DDR5 and LPDDR5 memory up to 6400MHz. One of the key features of the platform is a powerful integrated video card based on the DRNA2 architecture – Radeon 680M, which will allow not only playing most games, but also comfortably processing video, working with heavy graphics, long code, and 3D projects. True, the chip is unlikely to need an “embedding” because such processors are usually installed in expensive gaming laptops with discrete video cards.

Devices with this processor have not yet entered the market, but the Asus ROG Zephyrus DUO 16 laptop with a simplified AMD Ryzen 9 6900HX chip has already been announced.

Another powerful solution is the Intel Core i9 12900HK, which belongs to the latest generation of Intel Alder Lake. The chip is remarkable in that it is very similar to processors for smartphones: it uses six productive and eight energy-efficient cores (12 in total), which operate in 20 threads at a frequency of up to 5 GHz with a TDP of 45 W.

12-core Intel Core i9 12900HK processor from the Intel Alder Lake generation can be overclocked to a record clock speed of 5 GHz.

One of the first laptops based on the novelty was the MSI GE76 Raider.

Speaking of the most powerful laptop processors, one cannot fail to mention the Apple M1 Max, which is installed in the latest generation MacBook Pro. The processor is made according to the standards of the 5-nanometer process technology and boasts an excellent ratio of performance and energy efficiency. A laptop based on the M1 Max can work without recharging for up to 21 hours.

Apple M1 Max stands apart from other processors, as it is used only in Apple laptops.

Apple M1 Max is equipped with ten cores and its graphics subsystem – 32 cores, so that the graphics performance is at the level of the discrete Nvidia GeForce RTX 3080 graphics card. The chip supports up to 64 GB of combined memory, which can also be used for the needs of the video system.

The Apple M1 Max is currently powered by the MacBook Pro 14 and MacBook Pro 16 laptops introduced at the end of 2021.

Chips in this segment will be an excellent option for multimedia solutions. Their performance is sufficient both to work with resource-intensive tasks, such as processing large tables and codes, and for most top games.

The six-core and twelve-thread AMD Ryzen 5 6600H is technically very similar to its older brother AMD Ryzen 9 6980HX. The differences mainly lie in fewer cores and simpler integrated graphics. Its clock frequency is 3.3 GHz, and in the “boost” it can reach 4.5 GHz. The TDP of the processor is also 45W.

The six-core integrated AMD Radeon 660M graphics card is responsible for the graphics here, which is also built on the RDNA2 architecture, like in the latest generation of game consoles.

The AMD Ryzen 5 6600H platform was received by the recently announced Lenovo Legon 5 laptop with an RTX 3070 graphics card.

The Intel Core i5-12600H also belongs to the current generation of Alder Lake, which offers smartphone-type processors. However, four productive and eight energy-efficient cores are already used here (12 in total), operating in 16 threads.

Mid-range Intel Core i5-12600H processor can be used with DDR5 and LPDDR5 RAM.

The maximum clock frequency reaches 4.5 GHz. There is support for the latest DDR5 and LPDDR5 memory standards. The heat pack is 45 watts. But the same integrated graphics card Intel Iris Xe is responsible for the graphics, which will take on multimedia tasks.

It has already been announced that the Intel Core i5-12600H will receive the Lenovo Legion 5i 15 with an RTX 3070 graphics card.

And now, perhaps, we turn to the most interesting – to processors for thin and light laptops. After all, for them, manufacturers have to create solutions that have high performance, but at the same time maintain low power consumption.

The AMD Ryzen 7 6800U claims to be one of the best processors for Windows ultrabooks in 2022. It is an octa-core, 16-thread processor with a base clock speed of 2.7GHz, which can be boosted up to 4.7GHz.

Like its older and more powerful counterparts, it received an integrated graphics card with RDNA2 architecture – a twelve-core AMD Radeon 680M. This will be appreciated by those users who want to work with complex programs and sometimes play modern games.

With a sufficiently powerful filling, the processor heat pack is only 15 W, which means it can be installed in very thin laptops with a small cooling system.

Based on AMD Ryzen 7 6800U, the Lenovo ThinkPad Z16 Gen 1 laptop has already been announced.

In response to the AMD Ryzen 7 6800U, the Intel Core i7-1265U is introduced. This solution is ten-core. It uses two productive cores and eight energy-efficient ones, which is enough to work with heavy programs for video processing and programming. The clock frequency of the processor is capable of rising to 4.8 GHz, which is slightly more than that of the main competitor.

The most important thing is that the Intel Core i7-1265U also retained a productive “embedding” in the face of Intel Iris Xe without reducing frequencies and cores, which means that it will also be able to show a decent result when working with graphics: simple games, when processing photos and video.