What is a Full Stack Developer? 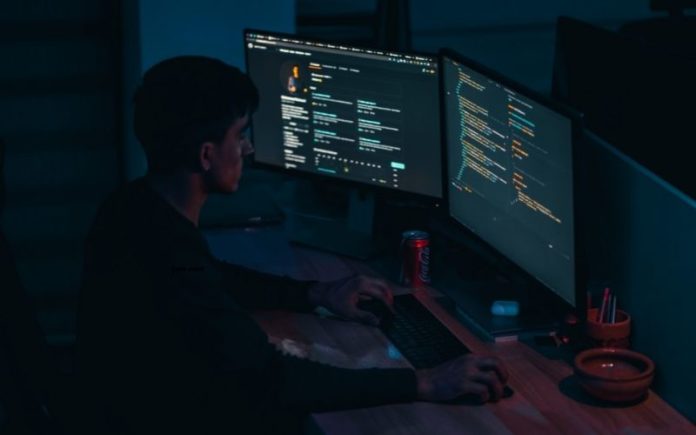 Full Stack developers in the developing world have emerged as a sought-after skilled resource because of the all-around development tasks they can handle in all types of app projects. An expert full stack developer single-handedly can develop a full app from scratch by taking responsibility for building the user interface layer and server configuration.

It is hardly any wonder that businesses are well after hiring full stack developers for their projects to reduce development costs without compromising quality. Before you decide to go for full stack developers, it is important to know their skills, technical capabilities and expertise.

What Is a Full Stack Developer?

Full stack developers are the professionals in the software development world who can be tag-named as “jack of all trades”. But should be called experts of all trades in the development world. They have commands and skills for developing both the client-side or the frontend referring to the representation layer and the server-side or the backend referring to the server and API configuration required for running an app.

Even when businesses hire remote developers, they often look for full stack developers. Apart from the two fundamental development skills, they have a vast knowledge of the target operating systems, databases, third-party plugins and extensions, and UI/UX design. They can provide active help for anything within an app development project.

Let’s look at some of the critical responsibilities full stack developers have.

What are the Top Skills Required for a Full Stack Developer?

We have a gross idea of all the tasks and responsibilities handled by the full stack developers. Now we need to go a little deeper and find out the particular programming languages, frameworks, tools, and development skills full stack developers should be versed with. Let’s have a look.

HTML or HyperText Markup Language is an elementary language for the web that shows the content on web pages. CSS or Cascading Style Sheets adds style elements for the web page with colors, design layouts, animations, etc. Together they make the fundamental building blocks of any web page.

JavaScript is used along with HTML and CSS to incorporate interactive features and capabilities in web pages and mobile apps. Most of the interactive web page elements are created by JavaScript, from drop-down menus to infinite scrolling to count down timer. JavaScript is also the core language of the most popular frontend and a few backend development frameworks used by popular technology stacks.

Some several remarkable JavaScript frameworks and libraries help you to create an app with less code. Some of the most popular JavaScript frameworks and libraries that full stack developers should learn include Angular, React, NodeJS, VueJS and others. If you have a solid command of HTML, CSS and JavaScript, learning React and Angular can help you position as a full stack developer in the market.

Every app or software product requires databases to manage, store and handle data for different purposes. There are several kinds of databases popular in the market. Some of the most popular and widely used ones include MongoDB, SQL, NoSQL, MySQL, PostgreSQL and several others.

Full stack developers also need to handle server and API configuration for the application backend. For this backend development, some of the acclaimed languages and frameworks are Java, Ruby, PHP, Python, Node and others.

Full stack developers, apart from shaping their apps to perfection through frontend and backend development, should also master the skill of QA testing and debugging. They maintain best coding practices and ensure that there is no error left in the code.

Because of their expertise with both server-side and client-side languages and frameworks, they can write test code for the app projects.

For every software project, it is necessary to roll out updates to fix errors, make value additions, or fix security lapses. There are changes in the code with every subsequent update, represented by separate update versions. Version control is the method to keep track of these changes and updates.

Git comes as the most popular platform to efficiently track code for different app versions. When many things go the wrong way, this platform can be used to revert to the previous version. Full stack developers need to be versed with version control mechanisms and platforms like Git.