Stress Leads to Heart Disease, and they often end in Death 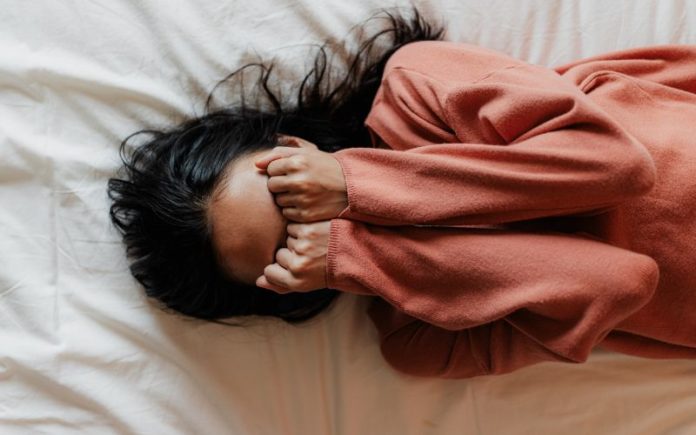 Cardiovascular disease is the number one cause of death worldwide. According to the World Health Organization, in the last pre-COVID year, 2019, 17.9 million people died from heart and vascular diseases, which accounted for 32% of all deaths during this period, with more than three-quarters of them occurring in countries with low and average income.

One of the reasons that significantly increase the risk of heart disease is stress, and if a person can give up bad habits such as smoking or alcohol abuse, then it is quite difficult to influence stress, because it comes from outside.

We are all well acquainted with this phenomenon, and it can even be argued that stress is a normal part of life, because not all stress contributes to the disease.

Conventionally, the types of stress can be divided into acute and chronic.

Acute stress is our body’s reaction to a situation that does not last long.

For example, you are driving a car and suddenly you are close to an accident, but you manage to avoid it. At the moment of realizing the danger, you experience acute stress, but when it is avoided, you return to normal after a while.

One more example. You need to take an exam or speak in front of a large audience. Your blood pressure may increase, your heart rate may increase, and someone experiences nausea, and intestinal cramps. These symptoms in a healthy person disappear already in the process of passing the exam or during a speech.

As a rule, acute stress in a relatively young and healthy person passes without any serious health consequences.

“Another thing is chronic stress. This state is typical for a person when he finds himself in an unpleasant situation that he cannot influence, and at the same time does not know how long it will last”

These may be personal circumstances, such as serious financial problems, strained family relationships, or the need for long-term care for a sick or elderly person in the absence of tangible assistance.

Chronic stress can also be associated with social phenomena. Although the coronavirus pandemic was caused by natural causes, it was accompanied by restrictions for citizens, related both to the disease itself and fear for relatives and friends, and to the established rules that force people to abandon their usual way of life.

Changing life for the worse, which does not have clear time limits and does not allow a person to somehow influence the current situation, leads to chronic stress.

What happens to the body when stressed

The harm of chronic stress on the cardiovascular system has been especially actively studied in the last 10 years.

The 2021 population-based study by an international team of scientists analyzed data from 118,706 people from 21 countries.

In addition, we know from a 2018 American study that stress can be one of the important factors for the onset of cardiomyopathy, a progressive disease that leads to the weakening of the heart muscle.

Experts believe that the cardiovascular system is especially affected by those who, in their childhood, were in a situation of repetitive trauma associated with trouble in the family or with bullying at school. However, adult stress cannot be discounted either.

Social isolation or discrimination, according to experts from the American Heart Association, increases a person’s risk of heart and vascular diseases by 50%, and constant stress experienced in the workplace by 40%.

An earlier study by Swedish scientists showed that for women aged 30 to 65 who already had heart problems, the stress in family life increased the risk of an exacerbation during the course of the disease by almost 3 times.

From brain to heart

In a 2017 study, scientists at the Massachusetts Institute of Technology School of Medicine in Boston were able to shed some light on the biological mechanism of the effect of stress on the condition of the heart and blood vessels. The mediator here is the amygdala, which is involved in the processing of emotions such as stress and fear, and also initiates the stress response.

The study authors studied brain scans of 293 people aged 30 and older and found that increased amygdala activity is associated with increased white blood cell production in the bone marrow, which in turn increases inflammation in the arteries. This increases the risk of angina attacks, heart attack, and stroke.

“The researchers identified 13 participants who, in addition to the MRI, underwent a psychological examination. Those who experienced stress had increased amygdala activity”

In addition, they also increased the levels of C-reactive protein in the blood, which indicates inflammatory processes in the body, in particular in the arteries.

How to determine what exactly hurts the heart

Chest pain can be explained by a variety of reasons, so it is necessary to recognize cardiac problems.

A heart attack is accompanied not only by a sharp pain on the left, but also by difficulty in breathing. In this case, a person may feel sick, weakness or even drowsiness appears, or sweat appears.

As a rule, an attack is not the beginning of the disease, it is preceded by a long period of its development.

Here are some symptoms to watch out for:

These are all red flags that mean you need to see a doctor and possibly get tested.

How to deal with stress

People react differently to stress. The reaction depends on temperament, as well as on a huge number of physiological and vital factors.

If a person’s life is generally prosperous, if he has the material opportunity to change the situation and relax, if he has relatives and friends who help him stay in a stressful situation, then its impact on the state of health of such a person will not be as strong as it could be in the absence of all these benefits.

The negative impact of stress on the heart and blood vessels will be especially strong if a person already suffers from chronic diseases, especially hypertension and diabetes, and stress also hits those who are more prone to depression.

The first step to take in order to minimize the potential harm of stress is to treat existing illnesses, including depression.

It is important for loved ones to keep in mind that a stressed person needs to be helped to avoid those ways of “fighting” with stress that cause additional harm to health. These are smoking, drinking alcohol, overeating, refusing physical activity, and taking medications prescribed by a doctor.

“When stressed, it is very important to stay physically active and devote at least 30 minutes a day to it”

Experts recommend, with the help of appropriate specialists, to master one or another relaxation technique and apply it under stress.

It is very important to get enough sleep, and if you have problems sleeping, you should consult a doctor who will select the appropriate sleeping pill for you.

And the most important thing.

We, humans, are social beings. We need the help and support of family and friends. Whatever the cause of stress, personal or social, it is much easier to experience it by communicating with family, friends, colleagues, and sometimes just like-minded people. Cherish your connections with people close and even far away who share your values.

Team ONH
We at OurNetHelps share with you the latest news, how-to guide, tips, and tricks.

Google to shut down Hangouts messenger in November 2022