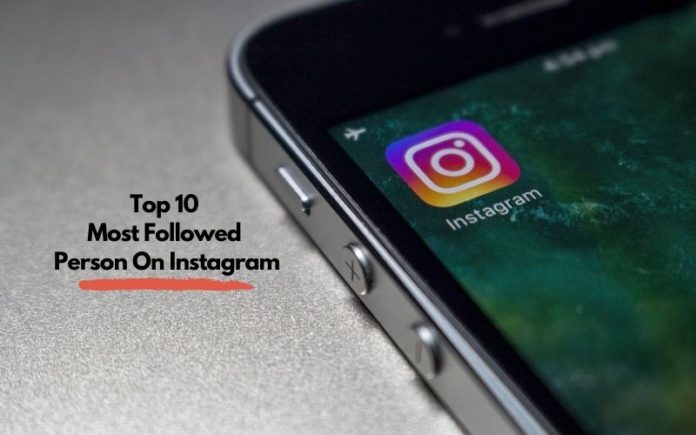 Social networks are important tools today, whether for communication, dissemination of various information, or everything that involves the relationship between human beings, users, and content creators. For all this, social platforms have become essential in every way.

Taking this into account, networks have emerged that have been able to capitalize and attract millions of users, such as Instagram, created in 2010 by Mike Krieger and Kevin Systrom, which is more than a decade has exceeded one billion active users.

It should be noted that the account with the most followers in the world on Instagram is the Instagram platform itself, which currently has 528 million followers who enjoy its content and publications. However, beyond the profile of the platform in the top 10, there are also athletes, actors, singers, models, influencers, and more that we will talk about below.

Who are in the top 10 Instagram accounts with the most followers in 2022?

The social network of the little camera, the same one that hosts this app is undoubtedly the most followed in the world. It has more followers in the world and currently has 528 million followers who enjoy its content and publication.

She is the second most followed person in the world on Instagram and the third in the top 10. In addition, the influencer star of reality shows and American businesswoman Kylie Jenner is the woman with the most followers on an Instagram network with 356 million followers.

Without a doubt, soccer is a sport that moves millions of people, and proof of this is that within the top 10 there is another soccer player. He is known to the world as Leo Messi, whose real name is Lionel Andres Messi Cuccittini, he is an Argentine striker or midfielder who plays for the Paris Saint Germain team in France. His career and the admiration he arouses in many for his sporting achievements have led him to have 346 million people following him on Instagram.

American singer, actress, and businesswoman with Latin roots, Selena Gomez. Since last year, her followers had supported her in the midst of a virtual contest with those of the singer and actress Ariana Grande to occupy a better position on this platform, Now Selena Gomez occupies this position thanks to her 334 million followers.

The American actor of action movies Dwayne Johnson ‘The Rock’ has become popular, thanks to his film projects in Hollywood, however, the former wrestler has also been able to capitalize on his personality, charm, and occurrences in networks which allowed him to get 326 millions of people want to follow him on this platform.

The American socialite, influencer, reality star, and businesswoman Kim Kardashian is one of those with millions of followers on her various social media profiles on different fashion platforms. Therefore, it was to be expected that the ex-wife of rapper Kanye West has 322 million followers on Instagram, which places her in the 7th position on this list.

The American singer, songwriter, producer, and actress Ariana Grande has always stood out in the top 10 of this platform, so it was expected to find her here thanks to the constant support of her followers who number 321 million on Instagram and counting.

The renowned American singer Beyonce is one of the music stars who has impregnated social networks with her brilliance. Her musical successes, development, and style have allowed her to be admired and followed by 266 million followers on Instagram alone.

Khloe Kardashian, is a social media personality, reality TV star, and businesswoman who closes the top ten with 260 million followers on Instagram.

Despite the fact that Khloe closes the general top ten of the accounts with the most Instagram followers, More and the account that would close the top ten most-followed people would be Justin Bieber.

This is how the list of positions of the profiles with the most followers on Instagram is maintained so far, however the number change constantly, so you have to keep a close eye on how the year ends.