Mobile phones and tablets are the new world gizmos that have changed the business equation, the mobile app development has lead to the emergence of many businesses that were than startups but visualized the potential market Mobile technology is about to offer. Thus, not only it has changed the rules of the business game, but it has completely altered the game. There are many businesses which didn’t sense the market and were subjected to big-time defeat.

But Mobile Technology has come too far from then, today business and enterprises do understand the importance of Mobile Applications, but the question has changed. Now people are debating on the subject whether a platform is powerful enough to get them through their business domain, what kind of different mobile development types they can switch into that would boost their website traffic, what kind of mobile applications render a good user application, what are the different aspects and speculations on Mobile applications.

Also, the trends of Mobile App development are quite dynamic, there is a long list of trends that have come and gone and stayed and took over and hybridized. As for today, the time is of WORA. What is it? It is written once run anywhere. People and developers have moved on to app codes that support multiple platforms and can target larger audience base with a single code base, hence giving birth to cross platform app development. The concept is to save time money and efforts on the part of the developer. It allows mobile app developers to reuse codes, and design and develop apps that seamlessly provide their services on various leading platforms such as iOS, Windows, and Android. Write the code once and run it anywhere, how simple is that isn’t it.

But it is not that simple, it is not about making a smart choice, it is about each move you make to convey it into a reality. Thus, to cut short your efforts we have come up with top 12 Best Cross Platform Mobile App Development toolsets.

Introducing the leader, it has made it possible for developers to render business native app interfaces for multiple platforms by using only C# code base. It provides developers the ease of using single IDE, Language and API’s for building applications for various platforms. With time Xamarin has evolved as a leading Cross platform app development platform, it provides advantages of sharing codes on developers end which means the app can be created in lesser time and a low cost.

RhoMobile is a framework that offers developers the application building toolsets for Native Apps, Enterprise Apps, multi-platform apps. It has a free Eclipse plug-in that leverages power to generate, develop, debug and test the applications easily in the absence of an emulator or other hardware. Also, it lets developers access offline data with Rho Connects.

One of the Open-source platforms, NativeScript is profoundly used by developers to build cross platform applications. Developers are able to reuse the available plug-in npm and it provides native API’s in JavaScript. It also extends its support to front-end technologies such as Angular.JS2 and also TypeScript.

The amazing platform it comes with high-end features such as automatic-coding, app preview facility, and API connections. It helps you build applications for multiple-platforms and allows you to let developers render Hybrid Mobile App Development. Also, for a neophyte, it has many pre-built applications that serve as a guide for building mobile applications.

Monocross is best known to build out-of-the-box applications with interactive interfaces. It gives developers access to native device API’s while coding in C#. Monocross helps you build applications for Smartphones and tablets, it is an open-source, cross platform app development platform that runs on C#, Microsoft, .Net and mono framework.

Appcelerator as the name suggests it used by coders to speed up the mobile app development. Appcelerator uses a JavaScript codebase which is open and extensible. It also supports HTML 5 and builds applications for iOS, Android, Blackberry. It has an Eclipse-based IDE Studio and MVC Framework Alloy with an open source SDK that supports more than 5,000 devices and API’s.

It makes mobile app development of hybrid and cross platform apps easy and swift. The tool is used to develop independent mobile applications that don’t depend on device native features. It renders high rated performance to applications. It is widely used in Hybrid application development for iPhone, Android, Windows, and Blackberry.

If you want an industry-specific mobile app development, it is one of the best cross platform device. It provides swift and rapid development of applications and allows developers to write codes in JavaScript. It comes with an application test automation tools that test applications automatically. It supports NetBeans, Eclipse, IntelliJ IDEA and many other popular IDEs. It allows a developer to build window native apps and iOS apps without using window PC or Mac Machine.

iFactr is designed for an enterprise looking for developing applications for their enterprise-specific needs. iFactr allows you to build enterprise mobile application for mobile workers. It is an easy to learn a language which allows you to develop applications with basic knowledge and training of two-three days. It promotes prototyping features and allows companies to create app prototypes in a matter of few time. It uses Xamarin for compiling a native app for Android, iOS. Also, Phone gap is built on this platform.

You can purchase Alpha Anywhere for the one-month trial version at $199 and one-year contract version at $1999. Alpha Anywhere is highly focused to give out enterprise-focused solutions that let you build applications for leading mobile app development platforms, for PC’s, Macs. Alpha Anywhere uses JavaScript, HTML5 and helps enterprises fulfill their end to end development needs. It has a built-in support for offline applications that allows users to access data and apps functions without internet.

RedHat was once known as FeedHenry and was used to offer backend service provider platform and cross-app development platform that allows enterprises to build apps for iOS, Android, Windows Phone Apps on public clouds. Many big companies are using the platform to fulfill their corporate needs such as Aer Lingus. Also, AWS is a technology partner of the platform along with Rackspace.

Cross-Platform Application Development is expected to reach around $7.5 Billion by 2018. There are many technologies that are regularly emerging to make your cross-platform app development much easier. Toolsets to develop apps for iOS, Android, windows continuously come and go in today’s scenario. When compared to other application types such as Native and web applications, it is a fact native mobile application development is beneficent if you are looking for developing apps that have high feature requirements, but a well-made cross platform mobile app also, will be able to cater your needs advance solutions. Also, cost of developing multiple applications for various platforms will be reduced to a single app development. Thus, there are many reasons that prove that Cross Platform Applications are the future. 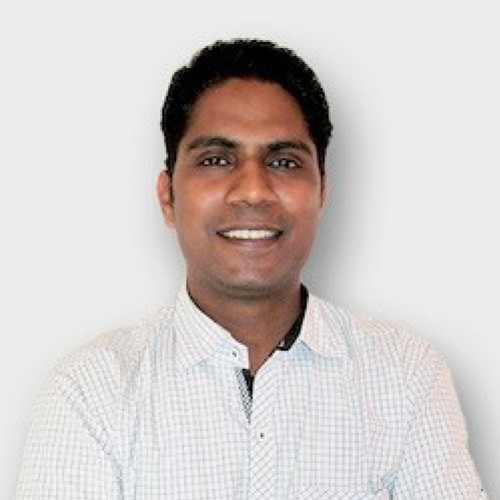 Tarun Nagar
Tarun Nagar is the Founder and CEO of Dev Technosys, a global ranking Web, and mobile development Company. With 10+ years of experience of enabling then Startups which are now global leaders with creative solutions, he is differentiated by out-of-the-box IT solutions throughout the domain. He is known for his visionary qualities and adaptability for technology and trends, passionate as he is he is in every aspect dedicated to making IT simple, accessible and approachable for business enterprises.