5 Of The Best Note Taking Mobile Apps For Students

Notes are a part and parcel of school and college lessons. The use of pen and paper is considered the traditional form of note taking but how about going a step further? How about using your own smartphone for the very same purpose?

Several note taking mobile apps are available in the market today that may come in handy for you. Here, in this article, I am going to discuss 5 such apps for your reference. Take a peek.

This one’s the most feature-rich app of all. You would find it exceptionally beneficial for your school/college lessons, provided you don’t mind paying the developers a reasonable sum out of your own pocket.

Evernote does a whole lot of things. You can use it for storing notes in the form of text or images depending on your preference. You can also use the same app for scanning documents or even whiteboards.

Evernote also allows users to share notes in the blink of an eye. So it’s definitely power-packed; there’s absolutely no doubt about it.

The Evernote app is available for Android and iOS devices. You can download the app and access a few basic features for free but for complete accessibility, you need to pay a bit out of your pocket.

The Google Keep is Google’s very own note taking mobile app that you can use to record notes, photos, lists as well as audio.

It’s also available as a web application. Check it out if you are interested enough. The mobile versions are available in both the Android and the iOS app stores both their respective devices.

You can use the app for pretty much everything that’s directly related to note-taking. The app has a beautiful color coded note recording system which helps in a convenient organization. It can also be used to scan images into text on the touch of a finger. So convenience you want; convenience you’ll get. Do you want something more?

As the name suggests, you can use this app ONLY for storing notes that are in the form of text.

You can sue the Simplenote app for typing in text and storing the same on your very own smartphone or tab according to your requirements. Sadly, you won’t be able to add audio, video or images like the two apps mentioned above.

So if the basic text’s all you need, Simplenote is the way to go. The Simplenote mobile app is available for free for both Android and iOS devices.

Now this one’s a useful piece of tool indeed and can actually fight toe to toe with the most advanced app that lies in this note taking category i.e. Evernote.

The OneNote app is actually a part of Microsoft Office but is available completely for free. This, in fact, makes it a blessing for students who usually run a bit short on funds almost all the time.

MicroSoft OneNote mobile app is available for Android and iOS devices that you can download for free. Download the one that suits your phone the best and breeze through your note taking sessions with bare ease. You can’t ask for more; can you?

This is one of the newer note taking applications in the market but has actually grown in popularity due to the exceptional security feature that comes with it.

The FairNote Notepad app has one of the simplest interfaces which adds to its charm. It provides users with the option to encrypt their notes, which signifies that it stresses a whole lot more on security in comparison to the ones above.

Apart from all that, the FairNote app exhibits similar functionalities when compared to the four apps mentioned above. Its encrypted security feature is the only thing that makes it a standout among the crowd.

The FairNote Notepad app is available for free for Android mobile devices although it does come with a few in-app purchases for maximum functionality.

So that brings us to the end of this article then. Hope you found the apps listed above handy for your school/college classwork. 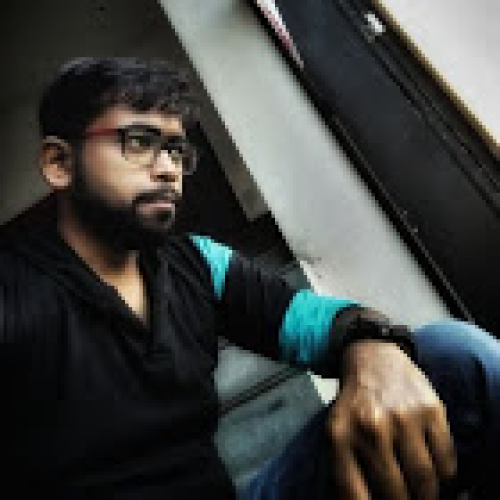 Sudipto Das
Sudipto writes educational content periodically for EduBow.Com and backs it up with extensive research and relevant examples. He's an avid reader and a tech enthusiast at the same time with a little bit of “Arsenal Football Club” thrown in as well.