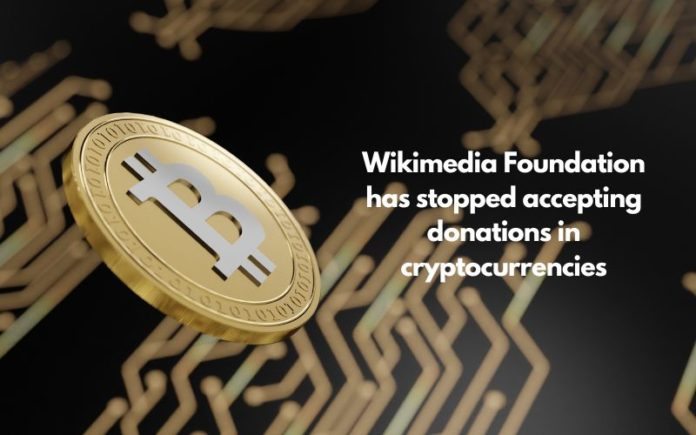 Representatives of the Wikimedia Foundation reported that 71% of community members voted to stop accepting donations in cryptocurrency. The foundation that runs Wikipedia began accepting cryptocurrency back in 2014, following requests from volunteers and donors, but this practice will now be abandoned.

Back in early 2022, a request was submitted to Wikimedia representatives to stop accepting donations in cryptocurrency. During the debate, community members went over all the well-known arguments for and against. Opponents pointed out that cryptocurrency is an environmental disaster, and also noted the reputational risks that the Foundation bears due to the approval of environmental damage and the support of the crypto community. Cryptocurrency advocates, on the contrary, wrote that proof of stake solves environmental problems, fiat money cannot be called completely “green” either, and cryptocurrency is generally safer for anonymous use.

During the debate, Wikimedia representatives reported that in the previous fiscal year, cryptocurrency donations accounted for only 0.08% ($130,101) of the total, and only 347 donors used this method, mostly preferring bitcoin.

As a result, 400 people voted on this request, and 232 participants spoke in favor of the ban, while 94 were against it.

Seitz-Gruwell added that Wikimedia will continue to monitor developments and that the Foundation will remain “flexible and responsive to the needs of volunteers and donors” in the future.