Microsoft to Limit Hiring Due to Economic Uncertainty 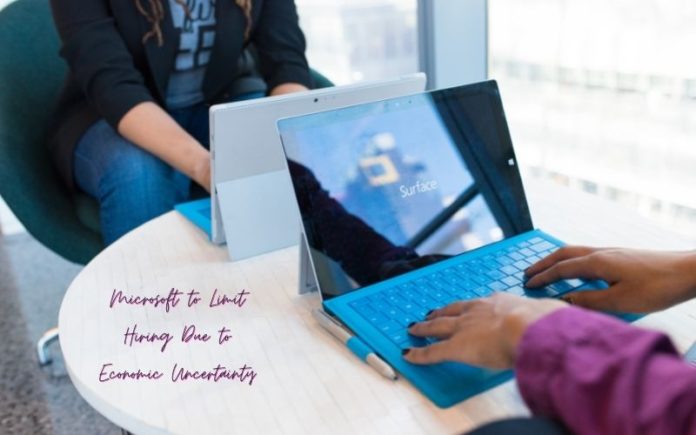 Microsoft Corporation will partially suspend the recruitment process, slowing down the pace of finding new employees in the division that develops Windows, Office, and Teams, its representative told The Wall Street Journal. This segment has been one of the company’s fastest-growing businesses in recent years.

The decision was made against the backdrop of growing economic uncertainty ahead of the end of the company’s financial year, which will end in late June, the source explained.

“As Microsoft prepares for the new fiscal year, it’s important to make sure the right resources are used for the right opportunities,” she said, adding that Microsoft will continue to add staff next year.

Recruitment decisions for the software division will need to be approved by top management, Microsoft executive vice president Rajesh Jha said in a letter to employees. Previously, such approval was not required.

At the same time, Microsoft promises to raise salaries. In mid-May, the corporation told employees that it would nearly double its global workforce budget and increase equity compensation to keep employees amid increased competition and rising costs of living.

Microsoft has to compete for talent in the cloud computing market, where its competitors are Amazon.com Inc. and Google, owned by Alphabet Inc., are also increasing staff salaries.

Microsoft’s decision to slow down the recruitment process is associated with a wider cost reduction in the company against the backdrop of higher interest rates by the US Federal Reserve and fears of a slowdown in the US economy. Other major technology companies, including Twitter Inc. and Uber Technologies Inc., also said they would limit the number of employees they hire.