How do I make my Android phone faster? 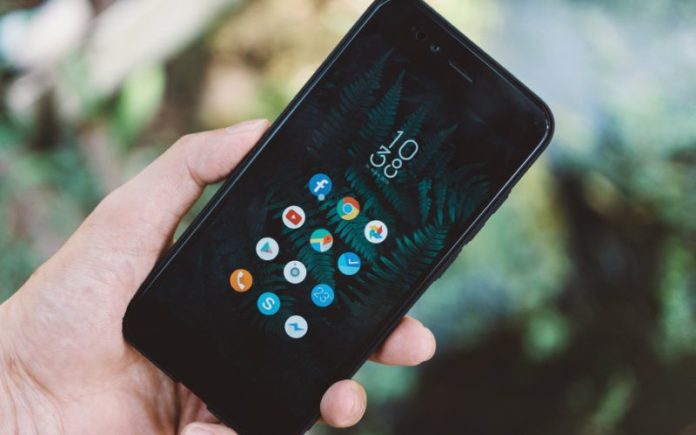 You have a smartphone on the Android operating system and you began to notice that over time it began to “slow down”, although it is not yet old. Even the most modern smartphones begin to slow down over time, and this is very annoying. After all, waiting for this or that program to load on the smartphone is too long and unpleasant. Where to click on the smartphone so that it starts working as before, something may need to be deleted or reinstalled. Let’s understand several effective ways after which the smartphone will return to its previous performance and will continue to delight you.

Perhaps you have no idea how long your smartphone works without rebooting. And during this work, it accumulates various information, temporary files, and updates not accepted/confirmed without rebooting. Therefore, regularly rebooting the smartphone will solve the impending problem of freezing, but only for a short time. Yes, and frequent reboots of the smartphone can adversely affect it. Therefore, once a week it is quite possible to carry it out, especially if it is programmed into automatic tasks for the night. You do not waste your personal time on this work, and the smartphone automatically performs at the specified time. At the time of the reboot, the RAM is also cleared.

Depending on the number of running programs, a certain amount of RAM space is consumed for each. And what is remarkable, even if they are folded into the background, they continue their work without releasing the OS of the smartphone. In this case, even a reboot will not help, since it does not completely close the programs and they will continue to work after loading. Therefore, the solution here is, either manually unload unnecessary programs and close them, or install third-party software to automatically turn off the program during long periods of inactivity. This is not difficult to do, but the principle of execution may differ depending on the version of the operating system.

Perhaps on your smartphone, you can find a couple of dozen programs that you have installed but do not use. In fact, I have those too. And if you look at the history of the last launch, you are completely surprised why I put them. Installed programs that you do not use, and even those that you use, consume battery power, and smartphone RAM and create an excessive load on the processor. In addition, many of them run their own processes, which are always running, regardless of the launch of the program itself. Therefore, make the right decision and clean up programs that you do not use or have not used for a long time. You will not see a special increase in the speed of the smartphone, but this will allow you to clear the physical drive of excess garbage.

Clearing or deleting the cache

Each installed program uses temporary storage to handle temporary files. During operation, the cache gradually acquires significant volumes and can significantly fill the device’s memory. At the same time, the device itself begins to slow down and increasingly give out the ill-fated spinning circle. Therefore, the accumulated cache must be dealt with. Most of all, the cache is formed in programs that you use constantly. A larger cache is formed in browsers, instant messengers and various store applications. In this case, the cache can reach several gigabytes, and it’s time to deal with this.

To delete the cache of any program, you can right on the desktop, hold your finger on the shortcut of the program of interest for a long time and go to the properties section. There you will already see how much the cache of this program takes and clean it up. Or go to the “Settings” of the smartphone, go to the “memory” section and select the programs you are interested in already there.

In this case, the browser cache has grown to almost 1 GB in just a couple of months, and if you continue to actively use it, how much memory will it take up in half a year?

During the operation of the system, system files and programs, a cache is created, which, as we understood above, must be cleared. So, earlier we looked at how you can clear the cache of a separate program. Wipe Cache Partition allows you to clear the cache without a long crawl through each program. To run this procedure, you will need to launch the system menu, which can be called differently for each manufacturer. So, you can get to the Recovery menu after rebooting the smartphone by holding and holding a pair of “+” or “-” keys and the power button. After the corresponding window with inscriptions appears, select Wipe Cache Partition and agree to the selected action. When performing an operation, personal information (photos, videos, addresses and phone numbers) will not be lost. And after performing Wipe Cache Partition, you should definitely reboot the device.

Sometimes we don’t even notice how many different services we have running on our smartphone. But in fact, they also take away their percentage of RAM, although they are not loaded into work. For example, geolocation, wireless connections are not needed, but can be started. This should be reviewed and shut down as necessary. Although in modern gadgets they can automatically turn off without activity. In addition, even if the same geolocation is turned off, it can still continue to work in stealth mode for various system services. Therefore, if you do not use it at all, then it may be worth considering manually turning off this smartphone feature.

Often, with a program update, the manufacturer improves the moment of work, and with this, it reduces the consumption of resources during operation or in sleep mode. Therefore, I recommend that you update your smartphone software in a timely manner.

With firmware, everything is much more complicated, and until the manufacturer provides the firmware, you are unlikely to be able to update it. Although earlier it was possible to install an update created by enthusiasts, but now it has become more and more difficult. Yes, and I would not recommend using third-party firmware.

This is already an extreme case when you should return the smartphone to factory settings. This will delete all user data. Therefore, make a backup copy, and save photos and videos, as well as addresses, passwords, and appearances.

Resetting to factory settings is carried out automatically from the corresponding section of the smartphone menu. Usually, it is located in the “security” section.

I hope you manage to defeat your smartphone and stretch its functionality for some more time and do without buying a new gadget. All actions performed with your smartphone you carry out at your own peril and risk. For the accidental loss of data, the fault lies entirely on your shoulders, and before you perform this or that action, think better.