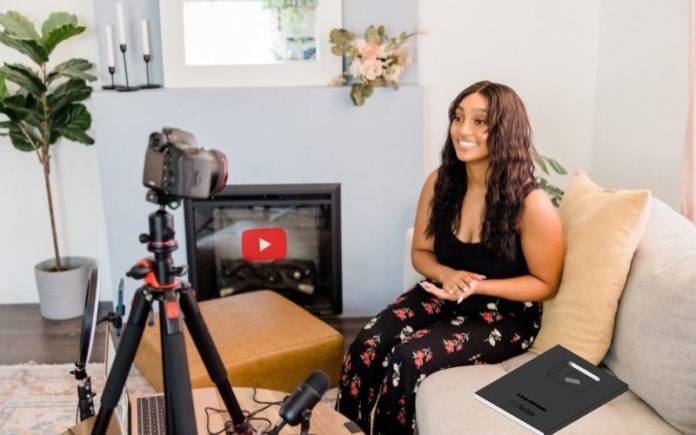 Video hosting introduced this reward system for the most popular YouTubers in 2012. YouTube buttons are issued after reaching the set threshold of subscribers. The first Golden Button award ceremony took place in 2012 and was awarded to 78 channels. This is a real award, made in the form of a “Play” symbol, which is sent by mail.

The YouTube buttons are considered a recognition of the merits of the channel owner, this is a prestigious award that YouTubers are proud to show to their fans.

What is the use of a button?

First of all, it is prestigious, especially if you shoot a video with an award to attract subscribers. Indirect advantages:

The button cannot be sold or donated, penalties are provided for this, up to blocking the channel.

There are 5 types of buttons on YouTube: 3 standard and 2 exclusives. The higher the level of the award, the larger it is and the more it weighs. Contrary to the names, they are made of ordinary alloys and do not contain precious metals and stones.

The Silver Button is awarded to channels that reach 100,000 subscribers. The badge of the old sample is made of zinc coated with a layer of silver. Without accessories (base, aluminum frame, glass) weighs 825 grams.

After the redesign, the appearance of the silver button has seriously changed. Now it is made of silvery plastic, and the sign itself is mirrored. The design has become more minimalistic, which is in line with current trends. According to YouTubers, the new award weighs about 400 g.

The golden button is awarded for 1 million subscribers. It is twice the size of the silver one, weighing slightly more than 4 kg (together with glass and frame – about 12 kg). Like the rest of the YouTube awards in 2018, the gold button has been updated. The design has become more concise. The modern version is made of golden plastic, the plate itself is made of brass covered with gold. The new version of the golden button is also significantly lighter than the previous one.

Unlike silver and gold awards, the design of the diamond button remains unchanged. It comes to the recipient in a stylish black case with two locks and keys for them. It is a solid metal ingot, which is encrusted with an imitation of a diamond (Play). Weighs 4.75 kg.

The name of the channel and a congratulatory inscription are placed on the back side – golden letters on a silver background. It looks impressive, but the diamond button cannot be hung on the wall like gold or silver.

A ruby ​​button is sent for 50 million subscribers. Unlike standard awards, it comes in an individual design. It was first received by PewDiePie in 2016 – it is noteworthy that the ruby ​​button was made in the shape of their logo. Additionally, YouTube included a mini-reward for the most active subscribers and those who subscribed to PewDiePie among the first in the package.

The second ruby ​​button was awarded to the T-Series channel, which was awarded a couple of years later, in the fall of 2018. The third award went to 5Minute Crafts, which specializes in videos with life hacks and crafts. These ruby ​​buttons are also custom designed and completely unique.

The highest award for video bloggers from YouTube is the Red Diamond. For the first time, it was awarded to PewDiePie in 2019, a little later – to T-Series. Outwardly, the button is very similar to a regular diamond button, the difference lies in the color of the insert under the diamond – it is reddish.

In 2019, YouTube awarded user (at the time) Seth Everman, whose comment under the song Billy Eilish scored over 1 million likes. For the most “liked” comment in the world, he received a metal plate with the inscription “Presented to Seth Everman, Youtube Comment Surpassed one million likes “i’m the bald guy” on Billie Eilish’s “Bad guy” in a frame.

There are 3 Indian channels in the TOP-10. The undoubted leader is the T-Series already mentioned twice above (operating since 2006). The label was created back in the 90s of the XX century by Gulshan Kumar, now he owns a little more than 1/3 of the music market in India. He managed to bypass even such giants as India Sony Music and Zee Music. As of the beginning of 2022, it hosts over 14 thousand videos, the number of subscribers has long exceeded 200 million. Views are in the billions.

SET India was created at the same time as T-Series, is in the second position, has more than 127 million subscribers. The main content is Hindi films, mostly thrillers, dramas, comedies, as well as dance shows in the best Indian traditions. Closes the top three paid TV channel SAB-TV – more than 63 million subscribers, more than 72 billion views.

Children’s channels are extremely popular on YouTube. The most famous Kids Diana Show was created in 2015. Despite the “young” age of the channel, its success is amazing – the number of subscribers has exceeded 90+ million. In total, almost 1000 videos have been posted on the channel. Main topics: unpacking toys, travel, games. ChuChu TV channels are somewhat inferior to Diana Show – 54 million subscribers, and LittleBabyBum – 38 million. Among the leaders is Masha and the Bear with 37 million fans.

After analyzing the TOP-100 YouTube channels, you will notice that entertainment content predominates in the first positions in the ranking: films, series, humorous shows, music. Surprisingly, popular topics are strongly competed by children’s channels, which manage to overtake world-famous artists such as Ariana Grande, Rihanna, and many others in terms of the number of subscribers and views.

Today on the Internet you can buy copies of YouTube awards that look no different from the original buttons. Most of these offers are collected on AliExpress. Unlike the originals, the bases of the replicas are made of plastic and covered with silver or gold plating. Their weight is much less.

Naturally, there is no question of passing them off as real awards and uploading videos confirming this. Most often, such buttons are ordered as a gift to close friends and relatives who decide to try their hand at video blogging, often with a personalized congratulatory inscription.

The number of subscribers is only one of the criteria for selecting candidates. A number of conditions are imposed on the contender for the award :

How the award is given

Within 30 days after reaching the required number of subscribers, the owner of the channel will receive a notification letter with a proposal to fill out a questionnaire. Why not right away? The fact is that video hosting employees carefully check the content, the audience (whether there are cheating users), and compliance with other conditions.

From the moment the data is sent to the arrival of the button, quite a lot of time passes, according to bloggers – from 5-6 to 8-9 months. The parcel arrives by mail, standard awards in cardboard boxes, exclusive ones in gift cases with the YouTube brand logo. As a rule, the owners of the awarded channels shoot a thank you video and publicly unpack the award.

The awards belong to the owner of the channel without the right to transfer and sell to third parties. In case of violation of this requirement, YouTube will remove the award button, exclude the possibility of rewarding the blogger in the future, or block the account.

Briefly about the main

YouTube buttons are given out to the most popular YouTubers. There are three standard awards: silver – from 100 thousand subscribers, gold – from 1 million, diamond – from 10 million. Customized buttons (with an individual design) come in two types: ruby ​​and diamond red – 50 million and 100 million subscribers, respectively.