Have You Ever Wonder Why NFT Games Gain So Much Popularity? 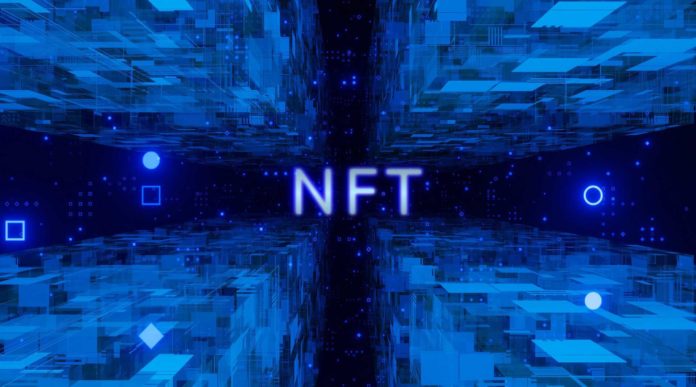 What are NFT games?

Starting from the very basics, NFT stands for non-fungible tokens, which are digital currency put up on the blockchain. They allow the trade of digital assets, which could be anything. Now, straight to the topic, NFT games have a play-to-earn model, offering a bundle of opportunities for gamers to earn money as they play games and enjoy and later enjoy the earnings.

Additionally, players are allowed to monetize the playing time by completing challenges or buying and selling in-game NFTs. In terms of business, NFT games allow the developers to monetize their products/games/creations while enabling gamers to gain cryptocurrency just by playing.

Everyone interested in games and trends is now curious about how to create an NFT game or how to earn through NFT games with the full potential. Building NFT games could be complex in some parts; that’s where a mobile game development company will come into play. They are experts and will leverage all the benefits precisely, delivering solutions that are unique and interesting.

Now, let’s move on to see how NFTs work in games.

How do NFTs work in games/how they work

An NFT game can use NFTs in more than one action, such as a mechanism, player interactions, and rules. For instance, the game could represent the avatar or character as an NFT. Furthermore, digital items you come across while playing could be NFTs, and the game allows you to trade your NFTs with other players for profit.

Now, to understand the process of technically implementing NFTs, smart contracts come into play. Smart contracts are known as the self-executing bits of code that are created by the developers to set some rules to use NFTs.

Reasons for the popularity of NFT Games

Basically, the reason for the immense popularity of NFT games lies in the fact that NFT benefits the gaming sector to a great extent. For that, you can refer to the points below:

Overall, NFT games can be called one-way investors, making the industry. Many NFT games include financial models, which enable the players to earn money through playing. With the increase in NFT gaming, there could be a rise in economic potential.

NFT gaming has become one of the biggest trends this year, and there are full chances that it will only go up. The future of NFT gaming holds a lot of things; let’s take a look:

NFT games make it possible to have a community as ownership can grant benefits, rights, and access from the reward schemes, live events, early releases, etc. For that reason, NFT games are considered perfect, so let’s have a detailed look at that.

Owning a powerful character or a rare hero might not be possible for every player. This can make inexperienced or new players lose interest or feel like they do not belong there. There are games where you can train and later upgrade the characters into more powerful and valuable ones. This implies that when you train the players, the process will add value to their NFT, which will be worth more money when sold. Also, this means that rich player can not just buy their way to success, making the game fair for all the players.

Modern game players love to customize their character and inhabit their avatar’s skin. Purchasing unique and rare hats, shirts, coats, shoes, hats, etc. This will enable the players to create the player in terms of fashion. Since a player can have an item, they are still limited to what is to be done with that. The owned item or entity can provide broader utility, put up on an NFT marketplace or sell it again.

Games allow players to curate and customize their in-game avatars or characters. And with NFT games, you can do one better, that is, own the character. These allow building your hero the way you want. Furthermore, you can sell the design on an NFT marketplace or export it to different games.

On the same page as customization in terms of clothes, accessories are also admired by the players. NFT games let players customize their accessories, such as guns, armor, and other wearables. This adds more sentimental, emotional, and financial value to a player’s investment in the game. This increases the prestige of the game, and players become more interested.

Games bring together diverse groups, which operate in distinct blockchains. For example, blockchain cuties let its players play on different blockchains, each having unique content and varied experience. Simply, it means that players are allowed to trade on ETH, TRON, NEO, and EOS with the various marketplace on every chain.

What games are using NFT?

If you have made it here, then you might be interested in knowing the best and most popular NFT games.

Undoubtedly, the future of NFT is bright, as NFT gamers are seeing a purpose in their hobbies. As NFT games are beneficial for both the players and the investors, the gaming industry can expect further crazy projections in growth. Overall, NFT gaming is one of the easiest and most fun ways of earning, yet it requires one to be smart. Once you understand how to embrace this technology, you will be able to enjoy the results.