What is the metaverse? 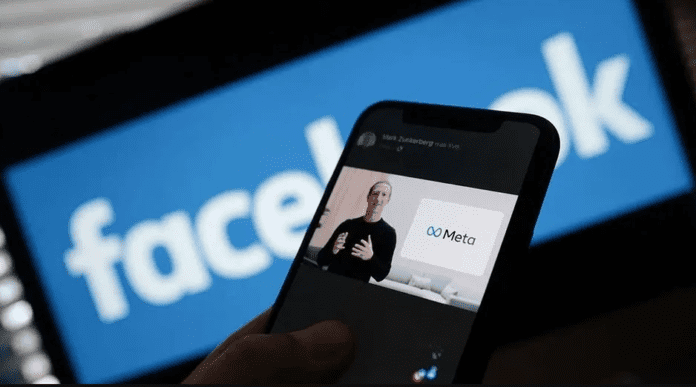 Back in the middle of summer, the head of Facebook, Mark Zuckerberg, announced plans to create a metaverse, and a few months after that, the company was renamed Meta. The idea of ​​creating a metaverse has long fascinated more than one Zuckerberg. Epic Games is trying to create a prototype within the Fortnite game, turning into whole open worlds and some other games, and Microsoft is going to turn the corporate messenger Teams into a metaverse that brings together work colleagues, partners and individual teams.

But what is the metaverse? What are its differences, and most importantly, what are the advantages over the regular Internet. We understand in today’s article.

What is the metaverse

Every year computer technologies are becoming more and more accessible to the general public. Almost every family has a laptop or desktop PC, and everyone has smartphones with constant Internet access. We have been invisibly present on the World Wide Web for a long time. Numerous instant messengers with free communication have replaced sms, we follow the life of friends and acquaintances from photos and posts on social networks, we use technologies for remote work and, in principle, we do a lot of things that were considered fiction for some 20-30 years.

But if now we observe a clear separation and incompatibility of virtual spaces (Facebook, Telegram and WhatsApp, Fortnite and Minecraft), then the metaverse should finally erase all boundaries in virtual space.

The founder of the very concept of “metaverse” was the science fiction writer Neil Stevenson. He used it in his 1992 novel Avalanche. The metaverse was called the virtual reality that swept the whole world, in which people could work, study and just relax.

The worlds of the metaverse are featured in iconic films such as The Matrix, Ready Player One and Oasis. And the game Fortnite is a full-fledged personification of the metaverse, its small prototype. It hosts live concerts, shows movie trailers, and the game itself unites many game universes. There are the beginnings of the metaverse in the game Minecraft – how not to remember the real schools in Minecraft, which allowed children to learn during the pandemic.

This term already has many definitions, but the founder of the newly renamed Meta was the easiest to say, calling it the voluminous Internet. The Metaverse is not just a single space for recreation, work and communication. It is a living three-dimensional world, a set of virtual spaces combined into a single whole. It allows you to see not the usual set of letters, numbers and emoticons, but full-fledged 3D models and avatars of people with whom you intersect in virtual space.

Even before all the twists and turns with the loud announcement of Zuckerberg and the renaming of Facebook to Meta, venture capitalist Matthew Ball prepared an essay on the topic “The Metaverse: What It Is, How To Find It, And Who Will Build It,” outlining the seven fundamental principles of the metaverse.

What are the obstacles

Some companies are still taking only the first timid steps towards the creation of the metaverse. And the main obstacle is precisely their fragmentation. The Metaverse is an open space with a common ecosystem and a set of tools that anyone can use. But most large companies have their own ecosystems, in the development of which a lot of money has already been invested. And so simply they will not give up on them.

The creation of the metaverse requires the efforts of all large corporations that can agree with each other, abandon their own ambitions and create a common ecosystem. A standard with which all their designs will be compatible. Agree as long as it sounds like a fantasy.

In addition, keeping the metaverse running requires enormous computational power and gigantic data storage. And, given the main principle of the metaverse – it must work continuously and be independent, this is possible only when using distributed data centers around the world. However, this cannot be called a problem even now. A similar principle of operation is described, by the way, by Sergei Lukyanenko: each house or a whole area of ​​Deeptown, depending on their scale, is supported by the home computers of the users themselves or large data centers.

But the problem is also in the imperfection of existing virtual reality headsets. They are too heavy, put too much strain on the eyes and are still not very suitable for active and long-term use.

Why is all this needed

The metaverse will bring together billions of people around the world. And we are not talking about the usual impersonal communication in instant messengers or video calls. You can go to a virtual bar with your friend who has moved to another city, play billiards with him, or just walk “along the street”, constantly seeing his avatar and the emotions reflected on it.

The metaverse will make it possible to forget about physical offices by transferring work to a virtual space. You can enter it from your home or cafe and hold a meeting at work. And for this you no longer have to look at a flat monitor of a computer or smartphone. You will be present at this meeting in person, you will see the avatars of your colleagues, and you will interact with them.

These are just a few of what a full-fledged metaverse has to offer. It can become a second reality, and its main danger is that it does not replace the real reality, but becomes only its complement.

When to wait for the metaverse

As we wrote, the first scattered prototypes of the metaverse have been around for a long time. These are Fortnite and Minecraft games, and various virtual fitting rooms, and many other services. But, continuing the analogy, so far these are only closed rooms. Now the creators of the metaverse are faced with the task of opening doors in them, uniting these rooms into a common space.

It is still difficult to say when this will happen. For example, the same Mark Zuckerberg said that the company will start working on the metaverse in the next five years. Although we doubt that its appearance should be expected earlier than 10 years from now. There are still too many disagreements in the world, and it takes time to settle them.