How Many Types of Operating Systems 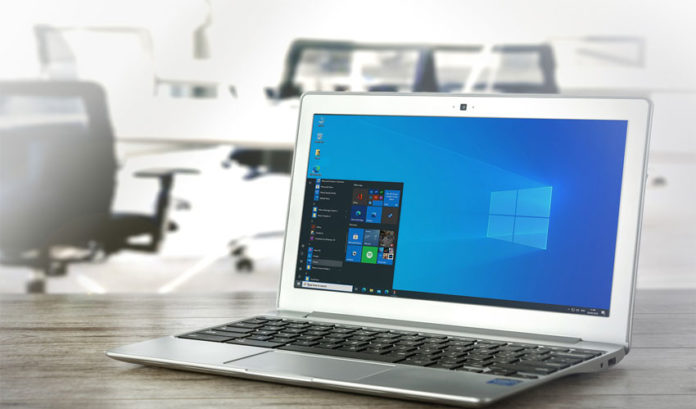 There are various types of operating systems, whose classification depends both on the type of device on which the OS is installed, and on the internal features and characteristics.

However, the functions and tasks will always be similar and aimed at facilitating the management and interaction with the device.

For the end-user, it is important to what extent this or that operating system suits his tasks.

In our article, we will tell you why OS is needed, on what principles they are divided, and we will talk about how to choose the one that is right for you.

The concept of the operating system

The operating system (abbr. OS) is a set of interrelated programs designed to manage the resources of a computer, laptop, or smartphone. Thus, the main task of the OS is to manage all the elements of the device. With it, a person can interact with his equipment. In addition, the operating system allows you to properly distribute computing resources between processes.

Thanks to the operating system, software developers can use a user-friendly interface and use it to create various programs. It should be understood that programs are developed strictly for a specific OS.

In most devices, the OS acts as the most important piece of software. Moreover, operating systems have a different sets of functions and limitations. But some types of OS make it possible to increase the functionality of your device at will by installing all kinds of programs.

The most important element of an OS is the kernel. It controls the correct execution of processes and regulates the resources available to the device. For example, when a user interacts with a computer, processes are launched in it, which, of course, require certain resources, and access to them is impossible without the debugged operation of the OS.

Tasks and functions of the operating system

The OS performs two main tasks, which determine its purpose:

The OS allows you to effectively interact with all sorts of devices and use various applications.

The functions of operating systems are determined by the developers and depend on the components of the device themselves, but there are a number of properties that are inherent in all operating systems:

Some OS types have other features as well.

There are several classifications of OS.

Depending on the method of organizing calculations:

Depending on the type of kernel:

Depending on the number of simultaneously solved tasks:

Depending on the number of users:

Depending on the number of supported processors:

Depending on the possibility of working in a computer network:

Depending on the role in network interaction:

Depending on the type of license:

Depending on the area of ​​use:

Consider the main types and examples of operating systems that are most relevant at the moment.

It is the leader among operating systems for computers, laptops, and tablets. Among all users, 90% use Windows. The release date of the first version of the OS falls on 1985.

To date, the latest numbered version – Windows 11 is final. And any changes regarding the OS by the developers are aimed only at the functionality and appearance of the released version.

Due to its convenience and aesthetics, this OS has won 10% of users of home personal computers and laptops.

According to many people, the functionality of this system is quite specific and is revealed in design or architecture. However, this is not a completely true statement, because Mac OS is very simple and feature-rich. Its unpopularity is due to the lack of the possibility of using it on devices of other brands.

Free and open OS designed for computers and laptops. This operating system is popular among a small number of users. Difficult to set up, not suitable for games option. In addition, games in principle are rarely developed for this system.

There are many distributions of Linux, which are often very different from each other. However, most often users make a choice towards Ubuntu. It’s all about high speed, nice interface and ease of use.

iOS designed for Apple mobile devices. Built into all smartphones of this company. Differs inconvenience of management, smoothness of functioning, and esthetics. Acts as the leading operating system for smartphones.

When choosing a new mobile device, many people focus specifically on IOS. The quality of the software and the abundance of features speak for themselves, so this operating system fully justifies its popularity.

OS from Google, designed for mobile devices. Built into most current smartphones and is the most popular system. This open OS is easy to use and is famous for its versatility.

Choosing the right operating system for your computer

To decide on a specific OS, you need to know the tasks that it will have to perform. In this sense, there are several goals of interaction with a PC:

If you are going to use your device for gaming, then Windows is the best choice. This OS can run most modern games and applications. A great option for spending time in shooters, strategies, quests, etc. In this operating system, the most relevant game stores will be: Steam, Origin, Battle. Net. Also, if desired, you can connect a game console to your computer.

In this area, Linux will be the best solution for you. In this OS, it is very convenient to work with the Internet, design, and utilities that help to carry out high-quality programming. Linux has a huge number of configurations that allow you to customize the OS to your needs. In addition, you can install an interface that will be similar in appearance to Mac, Windows, etc. Another huge plus of this operating system is that almost all applications on it are absolutely free.

macOS is best for working with video/audio editors. This system will be able to provide high-quality audio processing, excellent video rendering speed, and smooth task performance. This is especially true for iMAC or MacPro. In addition, this OS is released with already installed programs for working with media content.

Now you have a basic knowledge of the types of operating systems. Every year, technological progress goes further and further, which means that the OS will also keep up with the times.