Scientists have proven that sweeteners increase the risk of cancer 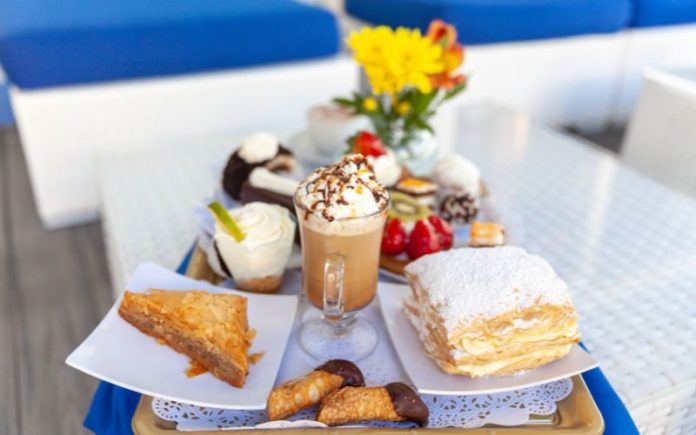 A new study by French scientists proves that those participants in the experiment who used aspartame and acesulfame as sweeteners had a risk of developing cancer in general, and especially breast cancer and other types of cancers associated with obesity, by 13% above the average in the population.

In 1879, Ira Remsen, a researcher at Johns Hopkins University in Baltimore, accidentally spilled a charcoal tar derivative on his hand and tasted it on his tongue. The substance turned out to be sweet, and its accidental discoverer marked the beginning of the era of sweeteners.

Almost a century and a half passed, and saccharin – that was the name of the substance obtained by Remsen – not only remained a popular sweetener all this time, but also stimulated other inventors who created a large number of products that are sweeter than sugar and at the same time much less nutritious. These are aspartame, sucralose, acesulfame, and many others.

All of them are now widely used, replacing sugar and corn syrup in a number of industrial foods, and are also used instead of table sugar.

Economists value the artificial sweetener market at $22.2 billion a year. At the same time, it is constantly growing, only in the last 2 years – by 3 billion.

“Artificial sweeteners are so ubiquitous that without even realizing it, most of us consume them regularly, and in significant amounts“

Six artificial sweeteners have been approved by the US Food and Drug Administration (FDA) as safe for adults and children, perhaps the most stringent and authoritative regulatory body in the world. These include saccharin, aspartame, acesulfame, sucralose, and two relatively new and less common neotame and advantame, both analogs of aspartame.

Many doctors and scientists, however, are concerned about the safety of sweeteners.

The fact is that there can be no complete clarity with nutritional components, because they cannot be tested as a drug in controlled clinical trials, since the effects of human nutrition appear over the years. In addition, they are not easy to separate from the influence of other factors.

At the same time, in numerous animal studies, scientists have observed a certain carcinogenic effect of artificial sweeteners, as well as a negative effect on other systems and organs of experimental rodents in the short term.

Population studies, on the other hand, in which some groups of people took sugar substitutes for a long time, while others did not, did not show that these substances somehow increase the risk of cancer.

What did the scientists find out?

The study was conducted by a team of scientists from the Nutritional Epidemiology Team of the Sorbonne University in collaboration with the National Research Institute for Agriculture, Nutrition and the Environment.

The researchers analyzed the stories of 102,865 French adults whose data collection began back in 2009. Each of them was followed for an average of 7.8 years, 36.9% of them used artificial sweeteners.

According to the lead author of the study, Ph.D. Charlotte Debras, it is unparalleled in terms of scale, as well as accounting for the consumption of all artificial sweeteners from different sources. In addition, scientists calculated not only the total effect of different sweeteners, but also divided them into groups and found out how each of them affects the risk of cancer in their consumers.

The researchers included sweeteners such as acesulfame, aspartame, sucralose, saccharin, steviol, and cyclamate in the analysis.

The risk increased for those who consumed more than 18 mg of these sweeteners per day, and was highest for those who received an average of about 79.43 mg of aspartame, acesulfame, or both per day.

The authors of the study note that it is acesulfame and aspartame that are the most commonly used sweeteners, and therefore the data obtained may not fully reflect reality. It is possible that the rest of the sweeteners are not safer, just that the participants in the study consumed them in significantly smaller quantities.

However, artificial sweeteners are under suspicion not only because of the risk of cancer. In a 2017 meta-analysis, scientists concluded that their intake correlates with obesity, high blood pressure, type 2 diabetes, and cardiovascular disease.

Why do people even use artificial sweeteners?

For several reasons. First, they are a substitute for sugar for those with diabetes. Sweeteners are not carbohydrates, and in this sense, they are not dangerous for such patients.

The second reason is that sweeteners are at least 30 times sweeter than sugar, and some are even 8,000 times sweeter. It turns out that for a cup of tea, for example, you need tens, hundreds, or even thousands of times less sweetener than sugar. Each gram of sugar contains 4 calories, and many of the sweeteners have zero calories. This fact makes artificial sweeteners very attractive for those people who are trying to lose weight.

At the same time, there is a trap here. The fact is that although sweeteners do not affect blood sugar levels, they are often added to those foods that contain carbohydrates, and they should be limited to both diabetics and those who want to lose weight.

For example, if a person eats a cookie that contains an artificial sweetener instead of sugar, then they are unlikely to benefit much because the cookie is a high carbohydrate food.

Another reason regular sugar is being replaced is the fact that it promotes cavities. But as Michael Jacobson, Ph.D., founder, and director of the Public Interest Science Center in Washington, says,

“a person drinking a diet soda is often unaware that, due to its high acidity, such a drink can contribute to tooth decay even in the absence of sugar”

What to do in a situation where the use of some substances cannot be avoided, and at the same time they are not harmless?

When you buy a particular product, look at the label.

Acesulfame is labeled as E950.

Make sure to consume no more than 18 mg per day of both together.

Sucralose – E955 performs well in population studies, but a number of experiments on animals demonstrated its negative effect. Experts have not yet reached a consensus on this sweetener.

Saccharin – additive E954. It was highly suspected as a potential carcinogen in the 1970s, but was later cleared by the FDA. However, many scientists are still not convinced of its safety. They are particularly concerned about the use of saccharin in children’s cough mixtures.

Xylitol E967 and Sorbitol E420 are among the oldest sweeteners. These are sugar alcohols, the negative effects of which can appear immediately: in some people they cause allergies. Xylitol also causes flatulence, intestinal cramps, and diarrhea.

“Steviol – additive E960 is considered the most preferred of all sweeteners”

It is an extract from the leaves of stevia and is therefore considered a herbal product, however, some experts claim that the extraction process turns stevia from a natural sweetener to an artificial one.

However, most nutritionists recommend steviol to those patients who suffer from diabetes. It is widely available in liquid and tablet form, has zero calories, and also has the bonus of lowering blood pressure.