15 Mind Blowing Movies you Must Watch 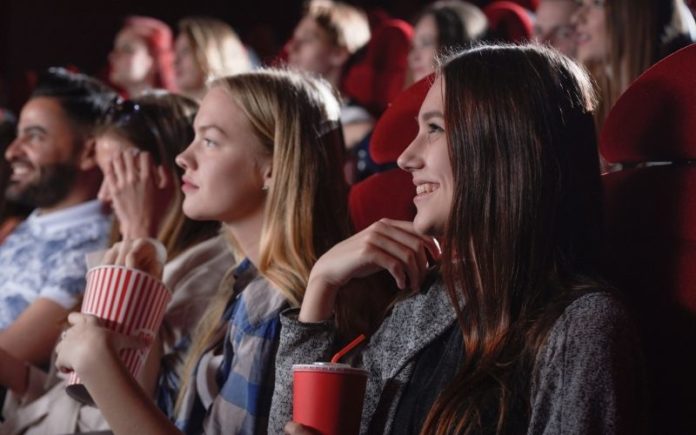 Strange and unusual films sometimes baffle us, make us think, rummage through our heads and draw conclusions.

We have collected exciting films that you want to analyze and take apart piece by piece, and perhaps even watch them several times.

An elderly psychiatrist, David, is desperate to help his young daughter, Emily, deal with the death of her mother. He notices strange changes in the girl’s behavior. Turns out she’s got an imaginary friend, Charlie. David doesn’t take it seriously at first, but when mysterious things start to happen, he tries to figure out who Charlie’s friend is.

This movie is mind-blowing. Simon is a humble hard worker. At work, he is not noticed, and the dream girl ignores him. It seems that this will go on forever, but one day James appears in the office, outwardly a double of Simon, but in character, he is the complete opposite. To Simon’s dismay, James slowly begins to take his life.

Donnie Darko was never considered an ordinary guy, he is, as they say, “weird”. And the movie is just as weird from start to finish as the main character. The plot is quite intricate, but very interesting and bewitching. This tape has already won a lot of fans, and many refer to it as a cult.

Trevor Resnick hasn’t slept in a year. Turned into a living skeleton, he balances on the verge of dreams and reality. Presentation, dialogues, amazing music – all this turns the film into a natural trance, where the hero tries to fall asleep and at the same time understand what is constantly bothering him. Christian Bale is simply unrecognizable here!

Arthur and Norma are a young family in financial trouble. Unexpectedly, the couple become happy owners of a box with a button. They are explained that if they press the button, they will immediately receive a million dollars. One subtlety – at that moment a stranger will die somewhere. The film is a little shocking and makes you think. Could you take another’s life?

In his office, Craig Schwartz discovers a tiny secret door behind which is hidden a passage. into the brain of the famous actor John Malkovich! Craig decides to start organizing excursions to the head of the star for everyone. It seems that this film was originally conceived so that if it did not penetrate our head, then it would definitely break something there.

An amazing melodrama with a thin storyline that does not let you relax throughout the film. Until the last moment, you don’t know how the picture will end and where this growing tension and skillful intrigue that spurs the imagination will lead. The soundtrack here is worthy of special attention – the music is chosen just perfectly.

After spending 20 years in an insane asylum, the strange and reclusive Dennis Cleg returns to where he spent his childhood. Like a spider, he prowls the web of memories that entangled his sick mind. The atmosphere of the film is a little psychedelic, but people who love cinema should by no means pass by.

A very interesting and worthwhile picture. Taking the film at the box office, the guy is surprised to notice an actor in one of the episodes, who is an exact copy of him. The desire to find his double turns into a real obsession for him. But is it a double?

A very powerful movie with a great storyline and great acting. Bruce Robertson is a corrupt police officer who is obsessed with alcohol and sex. At work, he gets a promotion that can be thwarted by hated colleagues. Throughout the film, Robertson’s inner demons drive him crazy, and James McAvoy has managed to convey it brilliantly.

Greg invites his girlfriend Jess to spend the day on a yacht with friends. A violent storm overturns the ship, and they are rescued in the form of a huge ocean liner. The ship is empty, the clock on board has stopped. But they are not alone on this huge ship – someone is constantly watching them.

During a terrible downpour, 10 travelers are forced to stay overnight at a roadside motel. However, soon people die one after another, and the killer hiding among them is still not calculated. And do not even try to speculate – the plot is twisted so that the ending is really amazing.

Unlucky dad Noah decides to take 10-year-old daughter Jeliza-Rose to his childhood home, located in the vast expanses of wheat fields. Escape from reality will lead them to a gloomy outback, where the most daring fantasies look like harmless fairy tales. This film is not for everyone, it does not need your understanding, it is completely insane, but it is impossible to tear yourself away from it.

The films of David Lynch in the cinema already seem to have a separate place. Like all his paintings, “Inland Empire” makes no sense to describe, and it is not necessary to convey the plot. It does not lend itself to reconstruction, is not subject to logic, in any case, the usual one. For anyone interested in cinema, this movie is a must-see.

The Life of David Gale

This is perhaps one of the best films about the struggle of a person with the justice system. Wonderful Kevin Spacey with his game chains to the screen from beginning to end. The finale of the picture fundamentally refutes all the previous narratives, forcing us to perceive what we saw in a completely different light.