How to Expand RAM on any Smartphone in Three Clicks 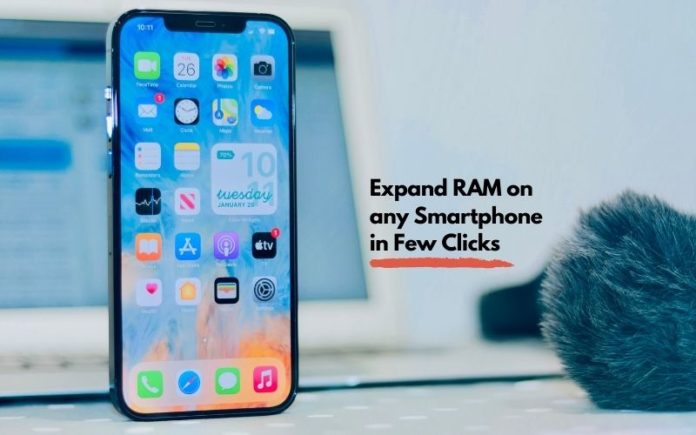 Lack of RAM is the main reason for slow performance on any Android phone. When the “RAM” is not enough, working with the gadget becomes a pain. In this article, we’ll show you how to expand your Android’s RAM in just a few clicks.

It’s no secret that modern smartphones today in their technical characteristics are closer to desktops and laptops. However, the problem with the lack of “RAM” on Android phones is still relevant.

Resource-intensive applications, heavy content, and demanding games – all lead to the fact that our smartphones need constant upgrades. And despite the fact that it is almost impossible to physically add extra megabytes of RAM to the phone, we have found a way to expand the RAM on almost any Android smartphone in a software way.

It’s about creating a special partition on the internal storage of your device – a SWAP file, which is analogous to the Windows paging file and is able to convert unused megabytes to virtual RAM. Creating a SWAP file will be especially relevant for owners of budget smartphones, as well as for those who often work with demanding applications.

How to create a SWAP file using the App

The program “SWAP – No ROOT” for Android allows you to create a SWAP file in just a few clicks and increase the amount of RAM to 2 GB. The main condition is the availability of sufficient memory on the internal storage of the device.

The math is simple – for every 512 MB of “RAM” you need from 32 GB on the internal storage. Otherwise, there is a risk that the effect will be the opposite. The main feature of the program is the fact that, unlike its counterparts, SWAP-No ROOT allows you to expand RAM without routing the gadget.

In order to increase the amount of “RAM” on an Android phone using the SWAP – No ROOT program, you need three simple steps:

1. First install the (SWAP – No Root) app from the Play Store and agree to the terms of the user agreement;

2. Second, We set the size of our future SWAP file and agree that the volume of our internal storage will be reduced by this value;

3. Next waiting for the SWAP file to be created and wait for confirmation from the system.

Despite the simplicity of this method, we recommend using it only if there are obvious problems with the lack of RAM on your device. The fact is that the constant use of the paging file in Android can consume the resource of your drive.

After creating a SWAP file, it acts as a buffer for RAM, using free megabytes on the internal storage. In this case, each time you access the internal memory, there is a cycle of rewriting in its cells. The conclusion is simple – if your smartphone already copes with daily tasks, you should not try to make it a “rocket”. It is unlikely to be better, but to damage the device is quite real.