How Do you Take a Screenshot on an iPad 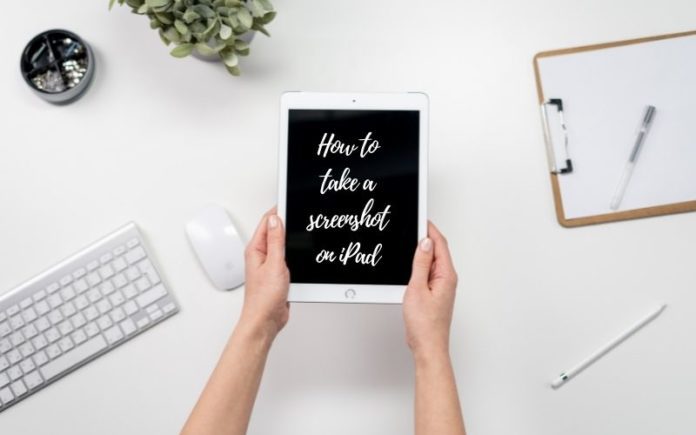 Taking an iPad screenshot is a great way to share epic game wins, great video moments, funny social media chat messages, feedback on your projects, bug reports you want to report, and just about anything else displayed on the iPad screen. But, how to take a screenshot on the iPad? Instructions below!

How to take a screenshot on iPad Pro

The iPad Pro does not have a home button, so screenshots are taken with a different combination of buttons.

The screen will blink white and you will hear the sound of the camera shutter clicking (if the sound is on).

How to take a screenshot on iPad, iPad mini, iPad Air or iPad Pro (2017 and older)

While you can try pressing both buttons at the same time, holding down the Power button for a moment before pressing the Home button will reduce the chance of Siri accidentally turning on or if you need to take a screenshot of the screen. You must do this quickly or the power off screen will open.

After successfully launching the screenshot function, you will see a white flash and, if the sound is turned on, you will hear the sound of the camera shutter. This confirms that a screenshot has been taken and saved to the iPad.

How to edit screenshots with Markup

In iOS 11 and later, as soon as you take a screenshot, it will appear in the lower-left corner of the screen and stay there for a few seconds, then disappear.

With Markup, you can use a marker, pencil, eraser, or text to edit and write comments on a screenshot. You can also change the color of these tools: white black, blue, green, yellow, and red. There is a markup tool, with which you can crop the screenshot. Press and hold one of the edges or corners and drag the markup to the position you want.

There are four additional tools that can be added to a screenshot in Markup by clicking on the More button in the lower right corner of the screen (looks like a plus symbol), namely:

Where screenshots are stored on iPad and iPad Pro

If you don’t use Markup, you will still have access to screenshots. You can also edit and share them using the Markup feature or the photo editor for iOS.

You can also find screenshots in the main Photo and Camera albums.