The 10 High Paying Jobs in the Near Future 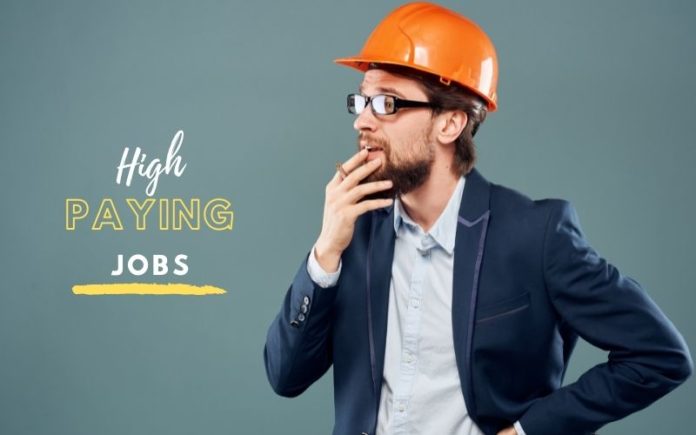 High paying jobs have always attracted people. Getting a good, stable income, being respected in society is the dream of many. And it is quite real if you choose the right path and move along it, regardless of any obstacles.

Large corporations are organizations where not all employees are familiar even by name. At the same time, it is necessary to maintain a healthy working atmosphere, corporate culture, and fruitful interaction between departments. For this purpose, there is a position of the manager in internal communications.

Representatives of this highly paid profession help new employees to adapt, send out news, conduct team building and other internal events. Such a specialist should have developed communication skills, be able to write texts, actively establish communication, and coordinate events.

It is desirable to have a diploma in psychology or journalism. You can always retrain in related industries: PR, journalism, personnel management.

The Internet has long been used not only to transmit messages and files (although many people on the Internet simply like memes and watch videos). The Internet is an environment where financial transactions are carried out for huge amounts. Everything related to personal data and Big Data also requires careful attention to security.

Cyber ​​Security Engineer is one of the highest paying jobs in 2021. Required skills:

A representative of this highly paid profession should be able to write and test code, as well as understand psychology. Today, this IT-direction is quite popular.

Robots today are built into vacuum cleaners, smart speakers, cyber prostheses (connected to nerve endings and muscles so that a person who has lost a limb can live a full life) and cars. This area will continue to develop, making the profession of robotics more and more highly paid. Required competencies:

If you want to become a robotic prosthetist, then you will also need knowledge of biology, and if you want to develop artificial assistants like Alice, Siri, etc., then knowledge of the psychology of neural networks.

In our time, computer games have become fashionable and top-end entertainment that threatens to squeeze both literature and cinema. Game authors embody any of their creative ideas, and users immerse themselves in the world of fantasy and alternative realities using a computer or other gadgets.

There are quite a few specializations here. Actually drawing and developing the concepts of characters and entire settings are handled by game designers.

To join the ranks of representatives of this highly paid profession, girls and boys are required to:

For a creative person, the profession of a game designer is a great chance not only to fulfill themselves, but also to secure a good income.

This profession is still in its infancy, but you can already try your hand at creating augmented or virtual reality. A few years ago, everyone was crazy about Pokemon Go. In the near future, AR and VR will be used not only in the gaming industry, but also in other industries (for example, in the manufacture of glasses, VR helmets, phones).

This highly paid profession also requires the ability to draw and write code, but you also need to know architecture, since you will need to create virtual objects in a normal, real space, develop entire realities completely from scratch. Other important competencies include:

3D printing is the future made real. Today, 3D printers print not only models and souvenirs, but also some parts for machine tools and machines, parts of clothing, and many other important components.

A 3D printing specialist works at the intersection of the competencies of the following professions:

Even if space tourism gains popularity in the future, all the same, the entire population of the Earth will not fly away. This means that people will also live on the planet and equip themselves with a comfortable and aesthetic living environment: take care of the purity of water and air, the beauty of landscapes. And then an ecologist-urbanist comes on the scene, professionally able to:

Artificial intelligence and neural networks have become a real challenge for IT. Unlike programming, this is a more “humanitarian” direction: you need to be able to express philosophical ideas and systems in the language of numbers, to have the skills of linguistic analysis.

Neural networks have developed so much that they are already seriously going to teach ethics and the ability to understand people. “Rise of the Machines” is turning from fiction, reflected in Hollywood blockbusters, into a real threat, so the competencies of artificial intelligence specialists and linguists are becoming more and more in demand.

Remote provision of medical services is called telemedicine. It includes, for example, counseling and monitoring of the patient’s condition, holding online consultations among doctors.

In a Few countries, telemedicine technologies are being implemented in private and public clinics.

An online therapist, in addition to basic medical education, skills in diagnosing and preventing diseases, must also:

This will give patients much more opportunities for making a diagnosis and make the process more convenient (no more having to take numbers and stand in line at the clinic). It is not yet known exactly how much such specialists will be paid (but it is expected to be a lot).

Flights into space promise to become available not only to individual rich people but also to the general population. So, workers who organize such tours will be needed.

It will be necessary to understand physics, medicine, and astronomy. With the most optimistic forecast for the development of technology, older people will also be able to travel off the planet, so they will need insurance. This profession, promises to be very highly paid.

No job/profession, even the most highly paid, will replace your hobby and extra-work hobbies. But sometimes it is desirable to change the job/profession (of course, not every year, but at least every ten years). And work experience will also be useful: it will allow you to choose better offers. In addition, you will become a professional in several areas at once.