How Github will Help Microsoft to Reimagine the Global Cloud Infrastructure

Microsoft has been on a path to do penance for a long time now. Since its inception, Microsoft had been at the forefront of the technology game for many decades – an undefeated and unchallenged champion. But for past few decades, it has suffered from some reputation problems (no one can forget Microsoft’s war against open-source and how it threatened to sue Linux in 2007 over patent conflicts) and had been alienated by the consumers. And its utter inability to reprise itself hasn’t done it any favors either.

But the winds shifted for Microsoft when Satya Nadella became the CEO of the company. Ever since his appointment, Nadella’s prime goal has been to make Microsoft, globally-loved again. He aims to turn the reputation of Microsoft as a company which sells code, to a company which cares about and engages in multiple communities which influence people’s lives and careers.

Microsoft’s Linkedin acquisition two years ago, for a whopping $26.2 billion, was the first step towards this aim. This acquisition not only reinforced its position as the leading vendor of Cloud technology (Microsoft’s Azure) but has helped Microsoft in becoming a global community powerhouse. Thanks to Linkedin, Microsoft now has a reach to 562 million people spanning over 200 countries! The acquisition generated tremendous results not just for LinkedIn (LinkedIn’s revenue has spiked 37% every year since Microsoft took it over), but for the global workforce as well.

And the next step in Nadella’s plan to fix his company’s reputation was the acquisition of Github. Github is world’s leading software development platform. Since its birth, Github has become the heart of the open-source community. It is by far the largest depository of open-source software codes and helps developers across the globe in growing and making better products. And apart from the open repository, it offers paid-plans for private users as well. Github can very easily be described as a social-media platform for programmers and developers where they can contribute, review and build codes together.

The social media aspect of Github is the very reason why it is so popular in the open-source community, and that is why Nadella’s move to buy the company can be seen as Microsoft making amends for its past mistakes.

The company was already on the path to mend fences between itself and the open-source community. From releasing .NET as open source to using Github internally, it has jumped through many hoops to please its consumers and developers in past few years. And Last week’s acquisition of Github by Microsoft for $7.6 billion has finally made it seem like a company which is embracing the open-source community with open arms.

And though many have praised this business move, it has received its fair amount of criticism. This acquisition vexes many open-source developers who appoint the services of Github, and many have already started to shift their projects from Github to its competitors.

In his prepared remarks, Satya Nadella assured the users around the world that Github will remain an open platform. Developers will still be able to use programming languages, tools, OS for their projects and will be able to deploy their codes to clouds and devices of their choice. Furthermore, he assured the open-source community that they would empower the developers at every stage of development, from ideation to deployment.

But though, these remarks made it seem that Github will still have all its old features, Nadella did share plans for certain additions to the existing structure of Github which will help Microsoft to benefit from this Github deal. He said and I quote-

“We will accelerate enterprise developers’ use of GitHub with our direct sales and partner channels and access to Microsoft’s global cloud infrastructure and services.

Well, it is still unclear what the future will be; any big acquisition such as this has a chance of going south. But given all that Microsoft has done in the recent past and Nadella’s commitment to transform Microsoft into a company which is accepted globally by various communities, there are hopes that new and amazing vistas await Microsoft(No pun intended!), Github and the entire open-source community. 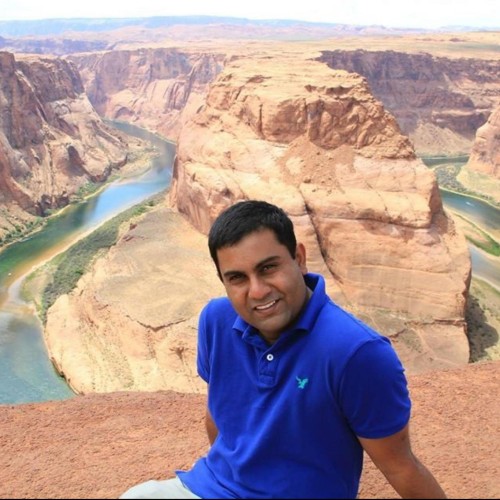 Apoorv-Gehlothttps://www.matellio.com/
Apoorv Gehlot is the Founder of Matellio based in San Jose, CA and runs all client-facing functions and operations for the company. At Matellio, Apoorv is closely involved in architecting and building of the software layer for products owned by Matellio’s customers.