Angles and Its Types 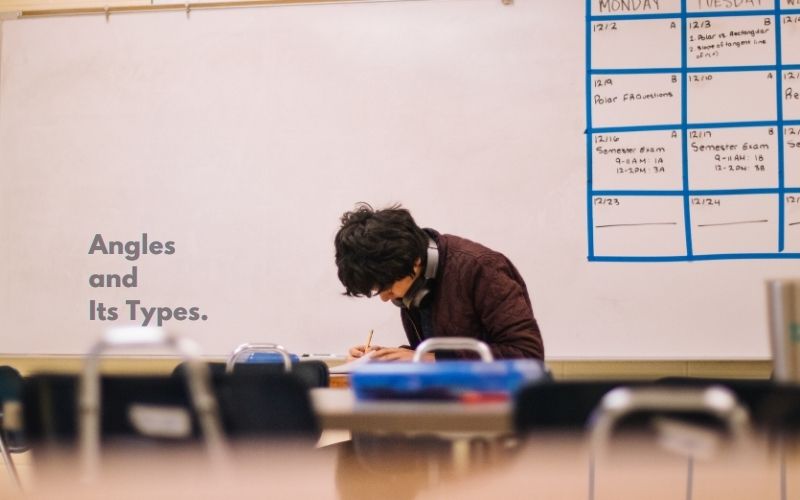 An angle is made up of two rays with a common end point called a vertex. The two rays of the angle are also called arms of the angle. 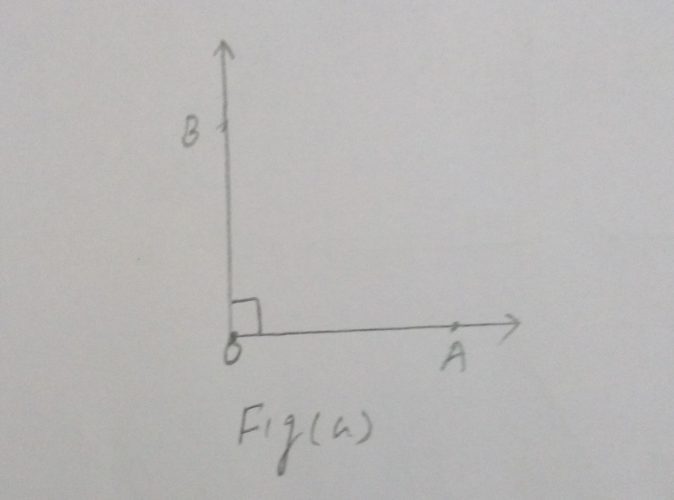 If fig (a) OA and OB are two rays and O is Vertex.

There are different types of angles such as acute angle, right angle, obtuse angle, straight angle, and reflex angle.

Now, we discussed some more types of angles.

Two angles whose sum is 90 degrees are called complementary angles.

Here are some examples of complementary angles. 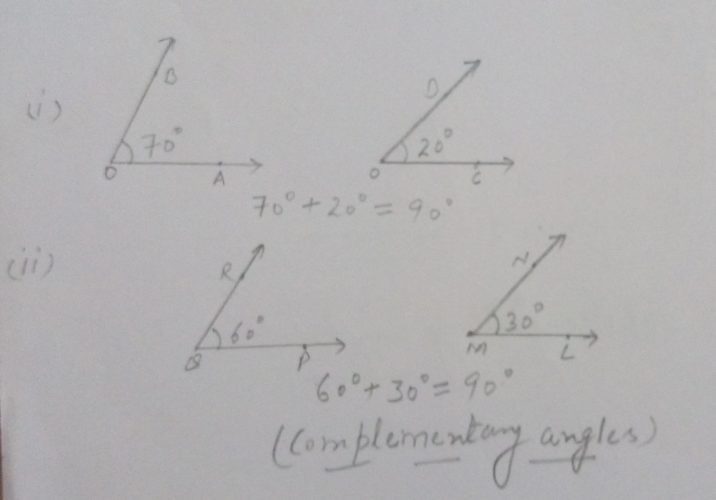 Here are some examples of supplementary angles. 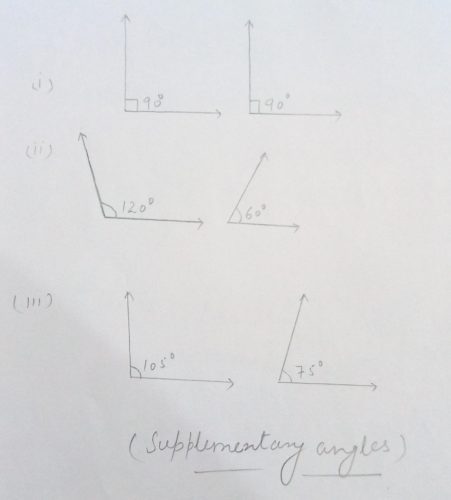 Some examples of adjacent angles are: 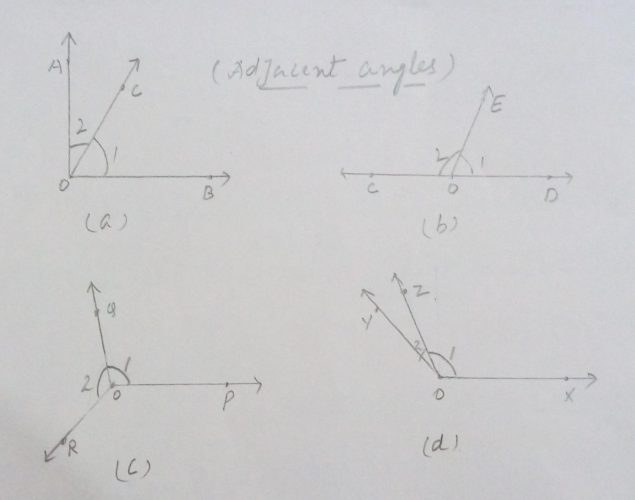 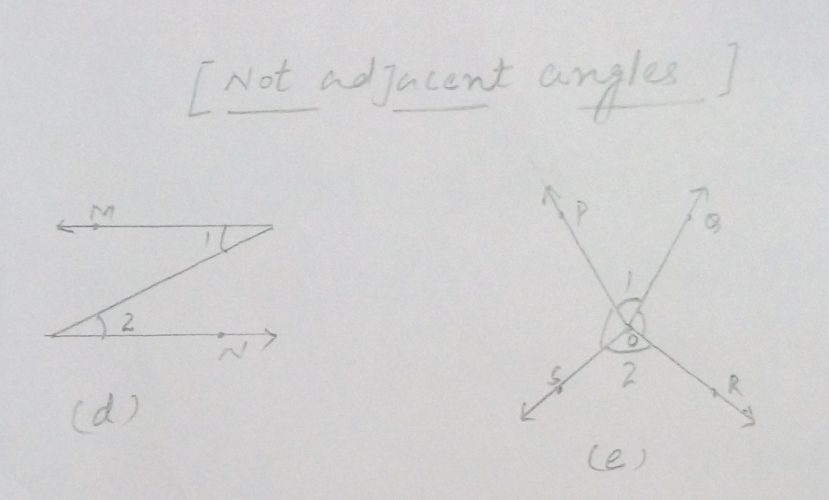 In Fig (a) angle 1 and angle 2 are adjacent angles, because they have a common vertex ‘O’ and a common arm (OC) between two uncommon arms (OA & OB)

Vertically Opposite Angle. Vertically opposite angles formed when two lines (Say AB and CD) intersect each other at the point (Say O) (See Fig)

There are two pairs of vertically opposite angles. 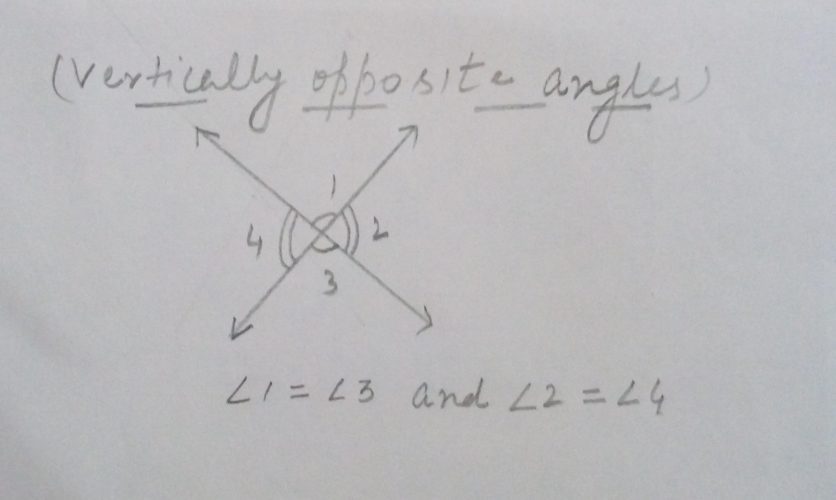 Corresponding Angles. A line that intersects two or more lines at distinct points is called a Transversal (See Fig) 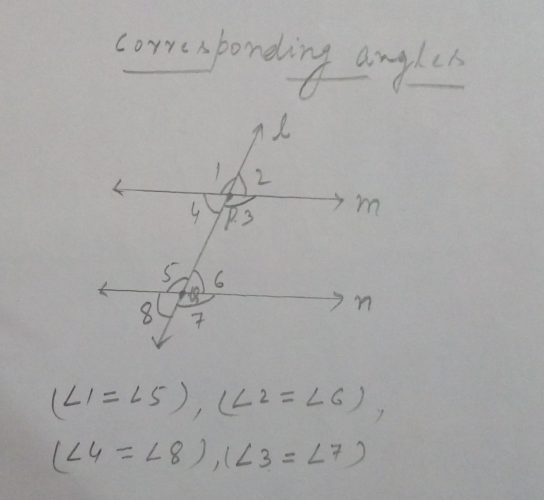 In the given fig. eight angles are formed. 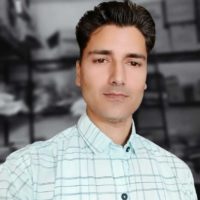 Pawan Kumar
Hi, Myself Pawan Kumar, I hold an M.Sc Mathematics Degree from HEMVATI NANDAN BAHUGUNA GARHWAL UNIVERSITY. I have 20+ years of experience in teaching Math and other subjects.
Follow Us On Google News