AMD or Intel: which processor is better 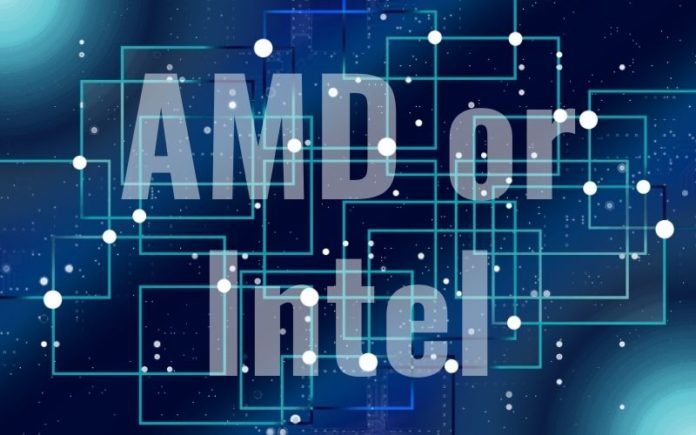 We did not get involved in holivars and just analyzed the strengths and weaknesses of Intel and AMD processors. Make your choices wisely.

Whether you choose a processor for a simple office PC, a gaming PC, or a powerful workstation, you only have two options – AMD or Intel. The confrontation between these giants gave rise to almost religious worship of one of the camps and an irreconcilable war of fans and the eternal debate about which is better – AMD or Intel.

But this article is for those who do not consider themselves to be such fans, those who, when choosing a processor, are guided by common sense and the specific tasks facing it. After all, whatever you say, but each chip maker has its own strengths and weaknesses. And today we will not talk so much about which of them is better, but about who is leading in certain use cases. In other words, we will analyze the strengths and weaknesses of Intel and AMD processors.

Most independent benchmarks when comparing processors Intel and AMD favor the latter. Intel is actually leading in all significant price ranges. This fully applies to the latest Intel Alder Lake models, which confidently bypass AMD Ryzen 5000 processors on the Zen 3 microarchitecture. Moreover, Intel Core i9-12900K actually became the fastest gaming processor in the world, but its cost is so high that it is much more An attractive choice for the role of the best gaming processor is the Core i7-12700K – it is only slightly slower than the Core i9-12900K, but it costs much less. Well, the Core i5-12600K offers the best price/performance ratio currently on the market. AMD Ryzen 5 or Intel Core i5 – in the current generations of processors of the two giants, the confrontation between these processors ends in favor of the latter.

But even here everything is not so simple. Firstly, if your system does not have a discrete graphics card, and its purchase is not yet expected, then you have a direct road to the AMD camp. The company’s processors use the best-integrated graphics, unparalleled on the market.

Secondly, to unleash the full potential of top-end Intel processors, you can only use them in a company with equally powerful components, which means that the cost of such an assembly will be simply enormous. For example, the same Intel Core i9-12900K will be able to fully manifest itself only with a fast monitor and when playing in Full HD resolution. If you prefer 2K or 4K gaming, then the bottleneck of the system will be the video card, which will have the lion’s share of the load.

The vast majority of gamers do not need such powerful processors, and the Core i5-12600K is the best choice for them – precisely because of the excellent price-performance ratio. If you plan on using integrated graphics, then look towards the AMD Ryzen 7 5700G.

Until recently, AMD processors were considered the undisputed leaders in the AMD vs Intel battle in production use cases. But with the release of Intel Alder Lake, the blue managed to reverse the sad situation for the company, and the result of the confrontation between Intel vs AMD in 2021 is completely different. Intel’s new processors offer a great price-performance ratio across a wide range of workloads. While the most powerful AMD processors still lead the way in absolute performance in multi-threaded scenarios and content creation, these victories are achieved at the expense of more cores and threads, increased cache and, as a result, very high prices.

Much of the success of Intel Alder Lake is due to the use of two types of cores in the processors. Fast P-cores are indispensable when it comes to single-threaded workloads, and energy-efficient E-cores increase processor performance in multi-threaded operations and background work, which is especially effective when creating content.

If you need the most efficient processor, choose AMD, if the best in terms of price/performance ratio – Intel.

For the most power-efficient processors, choose AMD.

When it comes to overclocking, Intel remains the undisputed leader, with processors offering the best overclocking potential. In other words, Intel processors allow you to get more performance when overclocked compared to their speed at stock frequencies.

Another issue is that the company’s policy remains very tough. For maximum efficiency, you will have to spend money on expensive K-series processors with an unlocked multiplier, buy a completely expensive motherboard on the Z chipset, and a powerful cooling system.

AMD’s approach in this regard looks as liberal as possible. The company’s processors have a much lower overclocking potential, but they also do not impose such stringent requirements on the hardware. There is no need to buy any special, more expensive series of processors. Moreover, the proprietary function Precision Boost Overdrive allows you to overclock the AMD processor in one click, making life as easy as possible for overclockers.

If you want a processor with the best overclocking potential, buy Intel, but be prepared to pay a lot of money for this privilege. For the simplest and easiest overclocking for your wallet, take AMD, but don’t expect any special miracles.

Once upon a time, AMD was the first on the market to offer support for PCIe 4.0 in its processors, which has become especially relevant in light of the appearance of the first high-speed SSDs with this interface. The fact that even 10th Gen Intel Core processors could not work with PCIe 4.0 SSDs largely limited their owners’ access to modern technology.

But now the situation has changed exactly the opposite. Intel processors were the first to receive support for PCIe 5.0 and the latest DDR5 RAM. Against this background, AMD looks outdated with its PCIe 4.0 and DDR4. Of course, DDR5 greatly increases the cost of motherboards, and the advantages of this RAM are not yet so obvious, but in addition to DDR5, Alder Lake also supports DDR4, which is familiar to many.

At the same time, AMD still has a modern 7-nm process technology in its asset, but Intel was able to do a lot in this direction, and its fresh 12th-generation Core processors are much ahead of their predecessors in most parameters. First of all, due to the use of the updated architecture, which we talked about just above.

Choosing a winner in this category is not easy yet. On the one hand, a more modern technical process still gives AMD some advantage over Intel, but it is no longer that great. On the other hand, PCIe 5.0 and DDR5 make Intel processors more attractive, but the price of this progress still bites heavily.

Pricing is always the cornerstone when choosing a particular processor. And in recent years we have already got used to the fact that it is simply impossible to oppose AMD here. The company’s processors were distinguished by an affordable price tag, almost all of them had the ability to overclock and were offered with good coolers, complete with free software and the Precision Boost Overdrive function.

Actually, all this remained unchanged. It’s just that Alder Lake-S has nullified AMD’s advantage, and now, in order to maintain its position, the company will have to reduce the cost of Ryzen 5000 series processors.

No company has a decisive advantage. The fragile parity in this area will remain, at least until a new generation of AMD processors appears.

AMD processors can still be the best choice in some use cases. They are great if you require low power consumption and an inexpensive motherboard, or you don’t want to spend money buying a discrete graphics card. But Intel processors bypass similar AMD developments in gaming performance, have noticeably higher overclocking potential, and offer a number of new technologies that are still not in the range of AMD.

Which processor is better – AMD or Intel? It all depends on your budget, the characteristics of your system, and your goals. Well, we tried to make your choice easier by analyzing the strongest and weakest points of Intel and AMD processors.